Why is stem cell research controversial

In 1998, the US researcher James Thomson was able to obtain stem cells from human embryos for the first time1. His experiment enabled new insights into the development of human tissues and inspired hope for new therapies2. But it also sparked violent protests and ethical controversy.

The ethical conflicts led to official requirements that severely restricted the use of embryonic stem cells from the start. When a less controversial alternative emerged in 2006 with induced pluripotent stem cells (iPS cells), embryonic cells increasingly lost their importance.

Generation from the early embryo

The potential as well as the problems of embryonic stem cells have to do with their origin. They are obtained from an early form of the embryo, the cells of which have an almost unlimited ability to develop.

This early embryo - called a blastocyst - develops from the fertilized egg cell after five days. The spherical blastocyst consists of two different types of cells: the cells on the surface become part of the placenta, while the cells inside develop into an embryo. These Embryoblasts are isolated and propagated in the laboratory - they give rise to the embryonic stem cell lines.

The reproduction of embryonic stem cells in the laboratory is not without its pitfalls. They are very sensitive, easily die or change in undesirable ways3. If successful, however, the cells continue to grow indefinitely and can be produced in large quantities. Under the right conditions, all tissue cells in the human body are created from them.

This development potential is what makes embryonic stem cells so valuable. Researchers are given the opportunity to observe very early stages of human development in the Petri dish4. Signals that trigger the maturation of the different tissue cells can also be examined in detail. 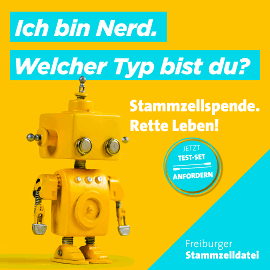 Studies aimed at examining the effects of hereditary diseases on individual cells also seemed promising. Researchers hoped this could be a route to new therapies and drugs. They put a lot of work into creating cell lines derived from pre-stressed artificial insemination embryos5. But only a few of these cell lines were used: When they were ready for use, the iPS cells pushed into the laboratories and thus the embryonic stem cell research to the sidelines.

The iPS cells were also able to assert themselves easily because embryonic stem cell research had to contend with great resistance from the start. Many Christian communities already see a human being in the blastocyst that had to be destroyed for the embryonic cells6. Last but not least, the Catholic Church takes this point of view with great vehemence. Germany and many other countries passed strict laws7 or made access to funding more difficult.

The ethical debate has subsided in recent years and embryonic stem cell research is now more likely to be tolerated. In the United States, this change in sentiment is clear8, but even in Germany, after the recent successes of stem cell therapies, there were hardly any critical voices to be heard. But this cannot hide the fact that the fundamental ethical questions remain unresolved and that the debate can flare up again at any time.

The ethical concerns are often countered by the medical potential: if embryonic stem cell therapies help enough people, the consumption of blastocysts also seems acceptable. In fact, embryonic stem cells are ideal for treating diseases in many ways. They have unlimited development potential and are still relatively young; their genome is largely free of harmful gene mutations. And they quickly grow into large numbers of cells.

However, practical problems represent a hurdle. Embryonic stem cells are recognized by the body as foreign and are rejected. Patients would have to take medication for life to keep the immune system from attacking. And in the long term, there is a risk that individual embryonic stem cells will develop into a special type of cancer (called teratoma).

In October 2010, a paraplegic person was treated with embryonic cells for the first time, and further studies in eye diseases and diabetes quickly followed. A total of 39 studies have now been completed, in progress or planned9. The first evaluations show that embryonic stem cell therapies can be considered safe for the time being. The feared cancer risk is evidently limited. The possible healing success remains unclear: Despite some encouraging results, the studies are still too small to make definitive statements.

But the iPS cells also seem to take the lead in medical applications. With 30 studies so far, the total number is somewhat lower, but the ratio has started to turn in recent years. In 2020, 13 iPS cell therapies were started, but only five embryonic therapies9. In medicine, too, embryonic stem cells will soon be displaced.

Embryonic stem cells continue to make an important contribution to research, with many clinical studies testing their abilities in diseases that are difficult to treat. But the ethical debate remains unsolved and will always be a heavy burden. The iPS cells have recently overtaken them; in the future, embryonic stem cells will probably only drive research in niche areas.

Embryonic stem cells are obtained from embryos that are five days old. They can bring forth all tissues and organs in the body, with the exception of the placenta.

May 6, 2021
Chimera of man and monkey - a means to an end
Researchers inject human stem cells into early embryos of monkeys. However, the long-term goal is human organs in pigs.
more...