What is Bournemouth known for? 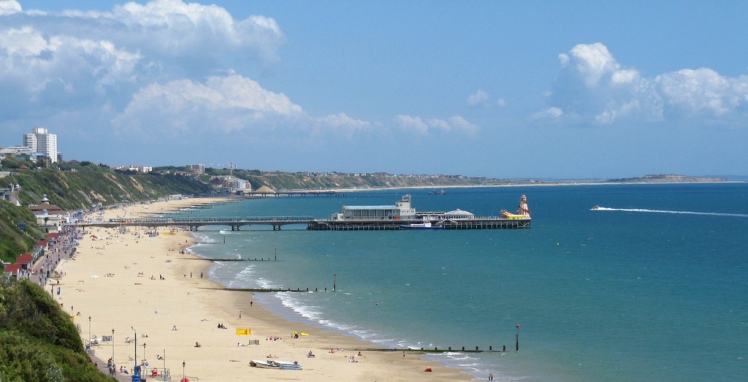 Bournemouth, on the Dorset coast, has been a popular seaside resort since the 19th century - with more than seven miles of golden beaches and some of the warmest sea temperatures in the UK, this is a great place for a seaside holiday. The steep cliffs that protect the beaches are called ‘chines’ (= saddles). Each of these ‘chines’ has a public garden and steps down to the beach. There are also lifts down to the beach.

In addition to its beautiful beaches, Bournemouth is known for its gardens; Over 800 hectares of gardens are waiting to be explored all year round. The gardens are divided into three areas, Lower Gardens, Middle Gardens and Upper Gardens.

The Lower Gardens are just a 5 minute walk from the main shopping area, beach and pier. The Lower Gardens are known for their flower beds, which bloom during the summer months; there is a bandstand for concerts and an aviary. There is also the Bournemouth Balloon, a giant helium-filled balloon that flies 150m and gives passengers a 360-degree panoramic view of Bournemouth. The balloon is suitable for people of all ages and abilities, including wheelchair users.

The Middle Gardens were first developed in the 1870s and have tennis courts, a children's playground, a war memorial, rose gardens and a rhododendron walkway. There are marked trails with information boards through the gardens.

The Upper Gardens were designed as a private family garden in the 1860s; they have numerous unusual tree species, including what is believed to be the largest North American giant redwood tree in the country. Most of the trees are over 100 years old and were planted in the latter part of the 19th century. There is a Victorian Gothic style water tower that supplied the water for the fountains. There are wooden walkways throughout the garden to make it easier for visitors to explore the garden.

Bournemouth Pier originally opened in 1880; It is 304.8m long and is an essential part of any visit to Bournemouth. There was once a theater at the end of the pier but is now Rock Reef, an indoor climbing center that is also the first pier to zip wire the shore World has.

The Bournemouth Landzug is a great way to drive along the promenade. The train route runs between Alum Chine, Bournemouth Pier and Boscombe Pier, as well as another route from Boscombe Pier to Boscombe Chine Gardens. The trains run from April to October and are wheelchair friendly.

The Russell-Cotes Art Gallery and Museum was once the home of the Victorian traveler Sir Merton Russell-Cotes and his wife. The house was built in 1901 and presented by Sir Merton Russell-Cotes as a birthday present to his wife Annie. It was one of the last mansions built during Victorian times. This ocean-facing cliff mansion is filled with beautiful objects from their travels around the world and a remarkable collection of British art. The house and gallery are usually open Tuesday through Sunday and on Monday public holidays.

To include Bournemouth on your tour of southern England, submit your request here.