If we want to make a call today, we simply reach into our trouser pockets and pull out the smartphone. Very simple and straightforward. Sometimes, however, these devices also go on strike - for example, when the battery is empty or when an update is required. And when we use our landline phone as an exception, we get annoyed that we have to enter the numbers by hand. Like in the Stone Age, right?

The Telephone Stone Age looked very different. Older readers may still remember the phones we used in the 1970s. The one with the rotary dial. Like this one: 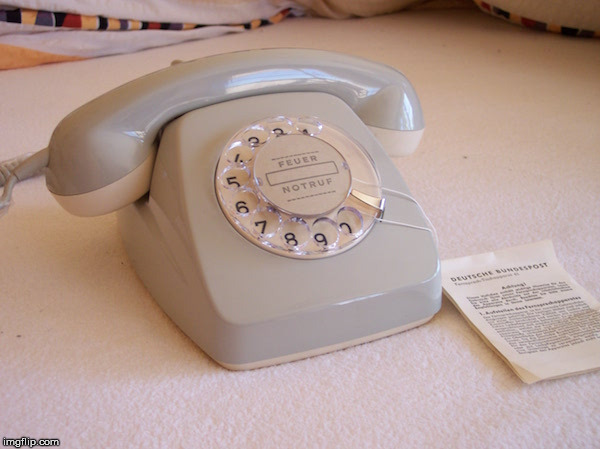 For those of you who don't know: With this rotary telephone, you gradually put your finger into the holes and dialed the recipient's number. Number by number. That could take a while. The number was not transmitted by sound, but by impulse method. It actually worked, but it was agony when in a hurry or when dialing a long number. And there was no redial. It had to be chosen again and again.

Most rotary phones in the 1970s were gray. But there were also colored alternatives. At that time the telephones were not bought, but rented from the post office. If you wanted green or orange-colored devices, you had to pay extra - this also applied to the totally modern push-button phones like this one: 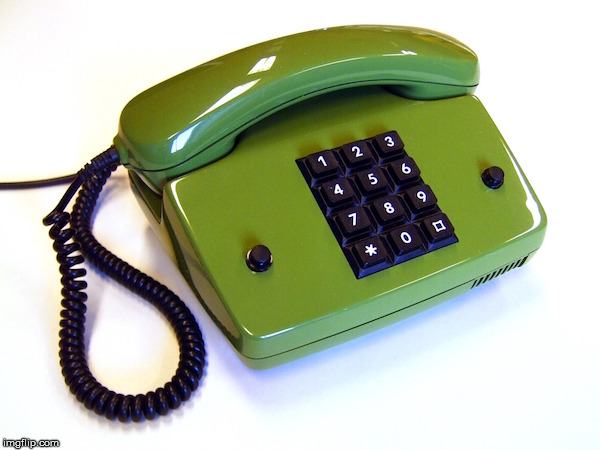 If you are wondering how these Stone Age telephones sounded: Exactly! 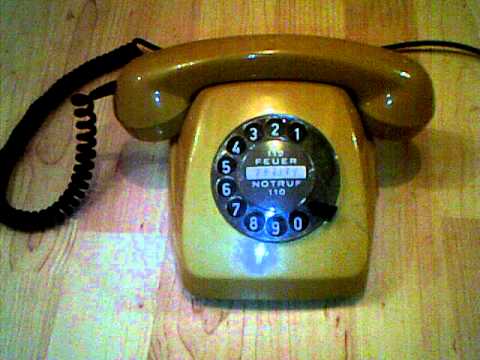 In order to pimp up the in-house phone, there were special covers - something like today's smartphone covers. Well, maybe not quite like that. 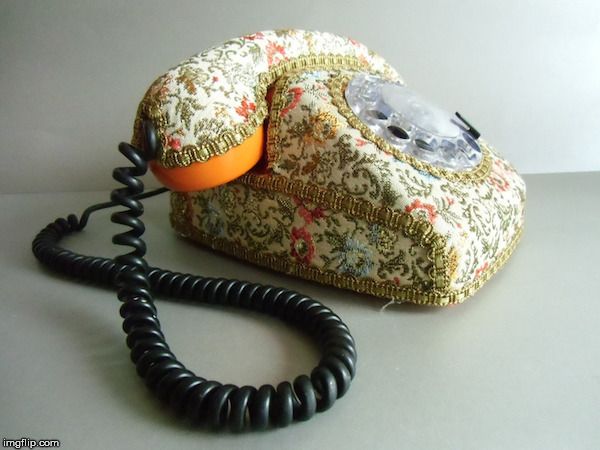 And that wasn't the only way to pimp the rotary phone. Such telephone registers were particularly popular - after all, you couldn't save anything and always had to have the numbers ready. 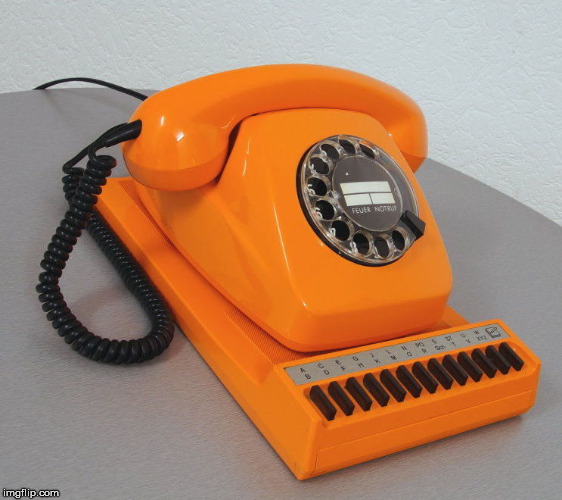 When you needed a telephone number from a certain person or institution, you called the information desk at the time. At the other end of the line were nice young women who could answer any questions you might have about this. But it wasn't easy, especially if you didn't know the address or first name of the person you were looking for. And that was not all that the post office had to offer in the 70s: if requested, a real person called at a certain time and thus acted as an alarm clock! And then there was the time announcement ... 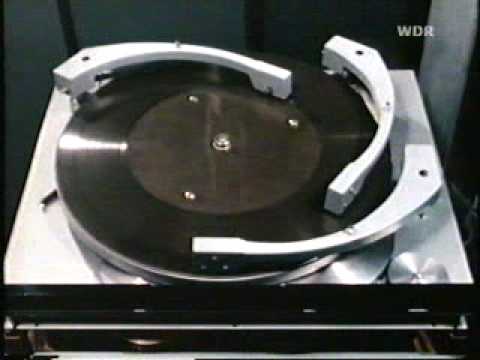 Telephone numbers and addresses were found where at that time? In telephone books and the “yellow pages”, of course. They were practical, yes, but how much paper went into these big tomes ... By the way, at that time the post office had a monopoly on telephones and the like. The network was just as indestructible as the devices themselves. But anyone who ordered a telephone from abroad and connected it to himself was liable to prosecution - but this did not prevent many people from using such great telephones: 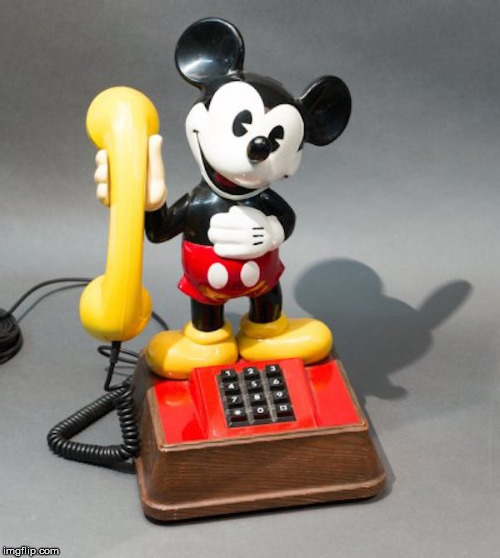 As for the cost of calling, calls in town were comparatively cheap. On the other hand, the notorious long-distance calls, i.e. everything that went beyond local borders, were expensive. In order to keep costs down, there was the "moonlight tariff", which made phone calls cheaper in the evening hours. Parents of pubescent daughters in particular knew at the time how expensive lovesickness could get ... But that was nothing against international calls: Here the costs could quickly rise into the three-digit range if you weren't careful. It was not for nothing that the warning "Be brief!" Was written in telephone booths. And speaking of telephone booths ...

Why it wasn't always nice in phone booths ... 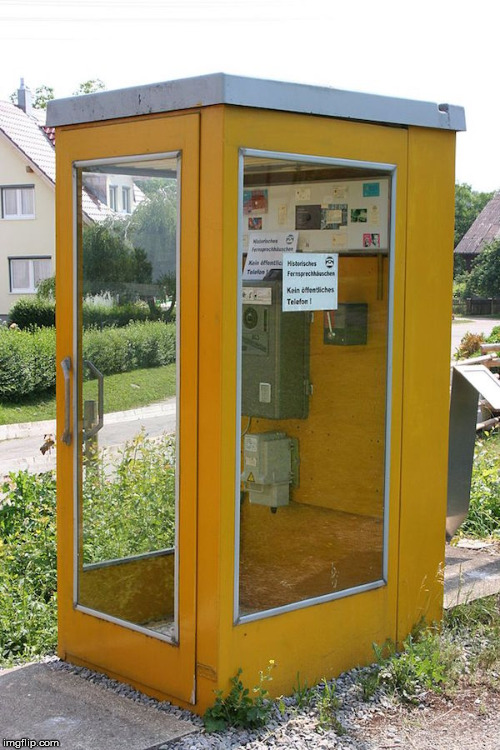 Even if the cells themselves were massive, robust and indestructible, unfortunately this was not the case for the telephones they contained. They were always broken. For example, because someone cut the cable. In addition, the phone booths were mostly totally dirty inside. Cigarette butts, handkerchiefs and the like were standard for that. And the phone books that were supposed to be in the cells were almost always stolen. But even if everything worked and you had enough change with you, that didn't mean you could actually make a phone call: if a talk bag blocked the phone booth, everything was lost. The sturdy telephone booths were also not infrequently used for other purposes: You could warm up in them or make out with your girlfriend. And even entire films were shot in the legendary yellow cells: 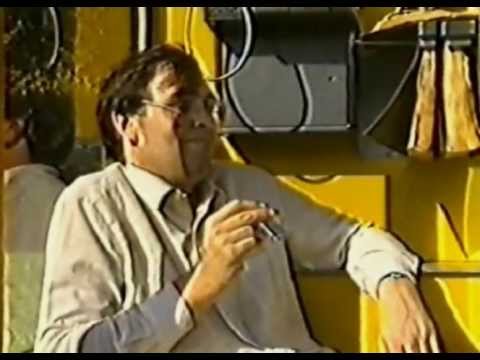 Standing in a phone booth wasn't always a pleasure. Bad odors of excretions and body fluids mixed with cigarette odor, sweat and other pleasant odor notes. The post office tried to clean the phone boxes and remove moldy bread and fruit, but usually couldn't keep up. 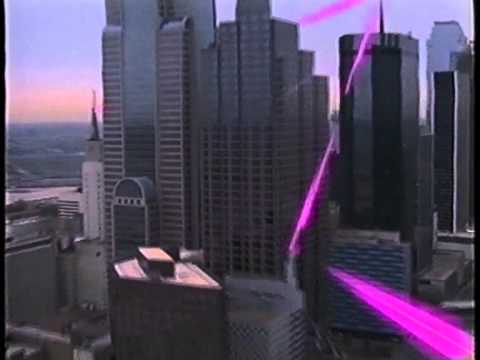 From the 1990s onwards there was no longer a monopoly, and numerous different providers and tariffs flooded the market. The rotary phone gave way to more modern and compact devices, and as the Internet became more widespread, phone books became obsolete. And today? We make phone calls without cables anytime and anywhere, often at low fees or even free of charge. But we will always remember rotary dials, telephone booths and expensive long-distance calls that were part of our childhood and adolescence.

Do you remember your first phone? Tell us on FB!