The history of PC-DOS 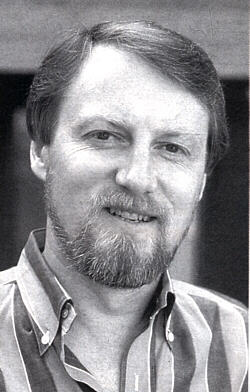 When IBM decided to bring a personal computer to market in 1980, they weren't very well informed. They first got in touch with Microsoft, who were supposed to program them an operating system and the BASIC interpreter, which was mandatory at the time. The error was based on the fact that Microsoft made considerably more sales with an additional card for the Apple II, on which a Z80 processor stuck, than with its own products. Since Apple had a large share of the market at the time, this was a good deal. This card enabled the Apple CP / M to run and thus, in addition to countless other applications, also the MS programming languages. (At that time, MS was not yet producing application programs and operating systems).

However, Microsoft had only licensed CP / M from Digital Research. CP / M was the Operating system for computers with the Z80 or 8080 processor. It was frugal and open to any hardware. A handheld worked with CP / M just like a 256 K byte machine with a hard disk. A version for the new 16 bit processors was also being developed: CP / M 68K for the Motorola 68000 and CP / M 86 for the 8086.

After it became clear that Microsoft could not deliver this, the IBM negotiating partner sent it from Seattle to Monterey, where Gary Kildall, the founder of Digital Research, lived. What happened next was a chain of circumstances: Gary Kildall was not at home and his wife Dorothy was unsure whether she should sign the IBM people's confidentiality agreement, which had to be signed before any negotiation with IBM. Your lawyer advised against and after an afternoon full of discussions, the negotiating partners from IBM withdrew again.

That was the end of the deal for the first time, but an operating system was needed. Microsoft sensed the chance to do business here. First you tried to convince IBM of the XENIX, a UNIX version, which was then being developed. But XENIX would have required a computer with 256 kilobytes of RAM and a hard disk - hard disks still cost around 10,000 DM at that time and most computers at that time had 32-64 kilobytes of RAM. That was a computer that was way too expensive. What was needed was a copy of the CP / M 86. 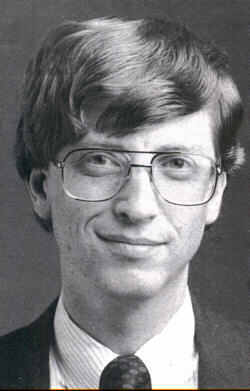 Now chance came to the rescue again, without which empires cannot arise. At that time a small company called Seattle Computers Products (SCP) was working in Seattle on a CP / M copy: an immature operating system that was rightly called Q-DOS - Quick and Dirty Operation System. Seattle Computers began to develop a single-board computer based on the Intel 8086 in 1979. At this time, Digital Research was not yet working on an operating system for the 8086 processor, after all there was no computer base installed and the new version 2.2 of CP / M was about to be completed.

Without software, however, the on-board computers were useless. SCP was able to get a Disk BASIC for the 8086 from Microsoft (a BASIC with its own routines for controlling a disk drive), but otherwise there was no software. So the programmer of SCP Tim Paterson set out on a system that was quickly put together so that software could be ported for this computer. The basis was a CP / M 2.2 system manual that he had bought for USD 25 3 months earlier. This is how QDOS (Quick and Dirty Operation System) came about.

Nevertheless, SCP was in financial difficulties in 1980 - anyone who manufactures hardware without having software for it should not be surprised. Microsoft founders Paul Allen and Bill Gates recognized the opportunity to buy up Q-DOS, improve it a bit and then sell it on to IBM at a profit.

And that's exactly how it went. First they signed a contract with IBM to supply an operating system for USD 186,000, and only then did they buy Q-DOS for USD 10,000, paying USD 15,000 for each licensee. In addition, Tim Paterson was employed as a programmer for a year. QDOS was handed over largely unchanged as PC-DOS to IBM, although Microsoft reserved a passage to license this operating system as MS-DOS. So that even more profit came into the box, the deal with SCP (who still didn't know who Microsoft's "customer" or licensee was) was changed to a one-off payment of USD 50,000 instead of USD 15,000 per licensee.

Since 1980 there was also CP / M-86 from Digital Research. It was based on CP / M 2.2 and therefore looked very similar to MS-DOS. At first it didn't look like the battle was over. CP / M 86 was more stable than PC-DOS, which suffered from numerous teething problems. MS-DOS used only one of the two sides of a floppy disk, but CP / M used both. Of the 1 MB RAM that an 8088 could address, version 1.0 of MS-DOS only addressed 64 Kbytes. Not more than an 8 bit system!

In addition, CP / M 86 was able to score with applications - CP / M programs could be ported to CP / M 86 relatively easily. In short: PC-DOS 1.0 had no technical advantages over CP / M, it was unstable and immature. The fact that PC-DOS was successful at all was due to the fact that IBM only paid license fees once and was able to sell their PC-DOS for only 60 USD, while Digital Research's CP / M 86 cost a full 175 USD. After IBM noticed that their PC-DOS was a copy of CP / M, they paid Digital Research $ 800,000 without bargaining or grumbling, just to keep them from suing IBM.

Both operating systems were equally successful for about 2 years. MS-DOS was only able to overtake the CP / M 86 in 1983. Version 2.11 finally solved the teething troubles. Above all, however, Bill Gates was able to convince the head of the Lotus company through personal persuasion to develop their program Lotus 1-2-3 for MS-DOS and not CP / M 86. Lotus 1-2-3 was a spreadsheet and at that time these programs were the "killer applications" that justified buying a PC because they saved a lot of time in accounting, administration or accounting. In the course of time MS-DOS was able to gain market share and also got bit by bit better. Version 2 supported hard disks and the tree system with subfolders adopted from UNIX. Version 3.0 offered simple protection of files with simultaneous access (important for networks) and from version 4.0 you could manage more than 32 Mbytes per disk. MS-DOS 6, the last version implemented mainly additional tools that would otherwise have to be purchased separately, such as compression, file utilities, memory managers and virus scanners. Since the code for the compression had been stolen, it had to be quickly exchanged for another compressor in versions 6.2 and higher. 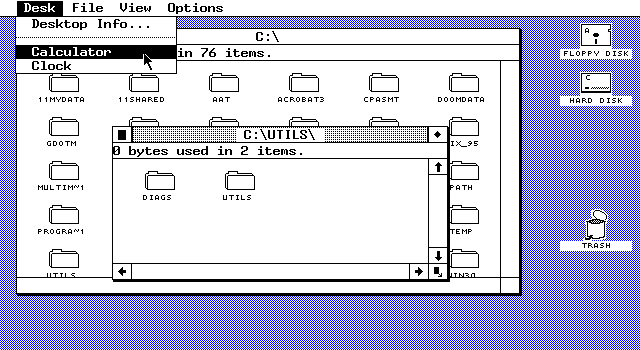 CP / M evolved into Concurrent CP / M - it could run multiple applications at the same time like UNIX. Unfortunately the computers were too slow and the GEM graphical user interface was presented at the same time as Windows. But Digital Research could never keep up with Microsoft financially: Microsoft got rich from MS-DOS. This was mainly based on the passage that MS-DOS should be licensed. Everyone who wanted to build a clone of an IBM PC had to buy the operating system from Microsoft. This made Microsoft billions in MS-DOS. There was still a legal dispute with SCP in the mid-1980s. As the inventor of QDOS, you didn't have to pay any license fees for MS-DOS. Microsoft sued against this, but was unsuccessful and in a settlement SCP waived all rights to QDOS for a payment of a further USD 975,000. Microsoft pays a total of USD 1.05 million to SCP for an operating system that is estimated to have sold 200 million times.

Digital Research was successful with an MS-DOS clone called DR-DOS in the late 1980s. It was more powerful and cheaper than MS-DOS. So that this did not stay that way, in 1991 Windows 3.1 previous versions, which were widely distributed, were implemented, warning messages that reported an error when it was running under DR-DOS. These were not included in the finished Windows version, but the reputation was already ruined. In 1991, DR-DOS was taken over by Novell and sold expanded as Novell-DOS (with an additional version of Netware Lite). In 1998 it was taken over by Caldera, who a day later filed a lawsuit against the practices in 1981 and 1991. The process ended in January 2000 with a settlement in which Microsoft paid $ 200 million.

I have also published a book on the subject of computers. "Computer history (s)" contains what the title says: individual episodes from the early days of the PC. They are episodes from the résumés of Ed Roberts, Bill Gates, Steve Jobs, Stephen Wozniak, Gary Kildall, Adam Osborne, Jack Tramiel and Chuck Peddle and how they created the PC.

The book is rounded off by a brief explanation of the computer technology in front of the PC, as well as a summary of what happened afterwards when the claims were staked. I have tried to write a book that sets it apart from other books in that it not only tells history but also explains why certain products were successful, i.e. it deals with the technology.

The second edition, published in 2014, has been updated and slightly expanded. The most extensive change is a 60-page chapter on Seymour Cray and the supercomputers he designed. Due to price reductions for new editions, at 19.90 euros it is 5 euros cheaper than the first edition, despite the increased volume. It has also been published as an e-book for 10.99 euros.

More about the book on its own page.

Here is a complete overview of my books with direct links to the BOD bookshop. The books can also be ordered directly from bookstores (since I write about very special topics, you will hardly find them in the display) and they are of course available on the popular online platforms such as Amazon, Libri, Buecher.de.

© of the text: Bernd Leitenberger. Any publication of this text in whole or in part may only be made with the consent of the author.