Comcast: More subscriptions to Sky and growth in streaming

Comcast presented its quarterly figures last week. Many market observers were particularly excited about the development of the streaming service "Peacock" and the European pay TV business with Sky. There was recently considerable criticism from an analyst at the major bank Wells Fargo. Despite the negative impact of the corona pandemic, Comcast was able to assert itself and reported positive figures in its important core business. There are also rays of hope for the Universal Studios theme parks. 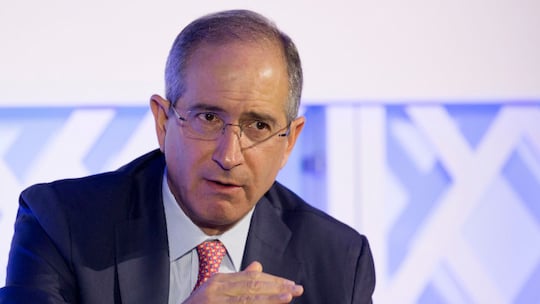 Comcast CEO Brian Roberts presented the quarterly results
Photo: AP Important for Comcast is still the business with broadband connections in the USA under the brand "Xfinity" or Comcast Business. With 380,000 new customer connections, CEO Brian Roberts even posted the best first quarter result ever. In the actual core business, 461,000 customers were added. So far, a total of 42 million users in the USA have decided to subscribe to the new streaming service "Peacock", which, according to the company, is mainly due to the exclusive distribution with the WWE Network and the series "The Office".

Roberts from the European pay-TV subsidiary Sky presented above-average positive results. This won 221,000 customer contracts in the first quarter, which, according to the company, was the best overall result for six years. However, the growth engine was not the Sky Deutschland segment, but primarily the British unit Sky UK. The division's total sales rose by 10.6 percent.

Theme parks are getting going again

The Universal Studios amusement parks are also expected to bring in more money again. With these Comcast last reached the profit zone, but the opening costs for the "Universal Beijing Resort" are not included. Corona had hit the group hard with its theme parks as well as its competitor Disney, which, in addition to the USA, are also represented internationally in countries such as Japan and Singapore. China is seen as an attractive growth market that the Mickey Mouse Group has ventured into.

However, Comcast was less clear on the topic of theatrical exploitation. In the past, their subsidiary Universal Pictures had caused a lot of trouble with their strategy at the cinema chain AMC Theaters, among others. The studio relied on an initial analysis in streaming, which is why AMC boss Adam Aron threatened to take Universal Films out of the program. In the meantime, however, the situation seems to have calmed down again.

Overall, the numbers turned out to be better than expected by some observers. The European pay-TV business in particular was comparatively robust at the beginning of the year, but the shareholders were still not presented with a clear strategy in the presentation. For Peacock in particular, one would have wished for much more specific statements in this regard. In contrast to Disney +, the streamer has not yet ventured onto the international stage. There is also still a lack of clear statements as to whether and how the existing streaming offer in the USA is to be linked with the pay-TV activities in Europe.

The news business remains a major construction site at Comcast. Here the company withdrew, among other things, from a stake in Euronews and also put a global channel under the name "NBC Sky World News" on hold for the time being. However, it is questionable whether this can be explained solely by the corona pandemic. Competitor Rupert Murdoch had canceled the project of another news channel in Great Britain for cost reasons.

Is Comcast planning a second streaming service for the international market?