What is the mathematical formula of electric charge

Let's look at the electric charge here. Summary of the content:

In the subjects of chemistry and physics one deals with the structure of atoms again and again. Here the students are taught that there are protons in the nucleus of an atom and electrons in the shell. The protons are positive and the electrons are negative.

A total of negatively charged body: 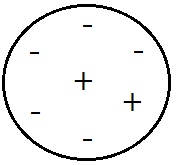 A total of positively charged body: 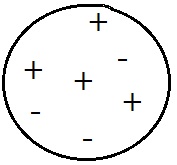 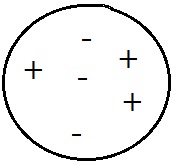 How heavy someone is is usually stated in kilograms. The height of a book is usually given in centimeters. But how do you measure the amount of charges? Of course, you don't do this in kilograms or centimeters, but in Coulomb. This is simply abbreviated with a C. The smallest possible charge is the elementary charge "e". It amounts to:

The charge on a body can be calculated using the following equation:

You can find an example with numbers below.

Examples of electrical charge are presented in this section. These examples correspond to what is often dealt with in school.

Fill in the following blanks:

This task is normally not dealt with in 5th grade, but only later. Nevertheless, it should be listed here for the sake of completeness. The problem: Let the number of charges be 6.24 · 1017. How big is the total charge?

We use the formula to solve the problem

We also know how big the elementary charge e is:

The number of charges can be found in the task. So we just have to plug in and calculate Q.

The total charge is therefore 0.1 C.

The next video explains what the electric charge is all about. It deals with positive and negative charges. The relationship between electrons and protons is also shown. At the end of the video an example of charges is calculated.

Questions with answers about electrical charges

In this section we look at typical questions with answers about electrical charges.

Q: How can you detect electrical charges?

A: There are several possibilities and attempts to detect electrical charges:

Q: What is Influence?

Q: Can charges also be separated?

A: Yes, in principle charges can be separated by touching or rubbing. Electrons pass from one body to another. There is also a charge separation through electrochemical processes. This is used with accumulators and galvanic elements.

Q: What other topics should I check out?

A: For the basics of electrical engineering and magnetism, you should still have a look at these topics: