Where is the endoplasmic reticulum located 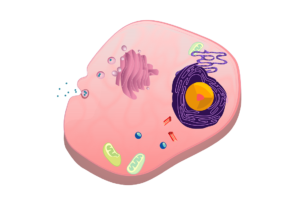 Labyrinthine cell organ within a cell

The endoplasmic reticulum (ER) is a cell organ that resides within cells. As a part of it, so to speak. It lies in the cytosol / hyaloplasm and has a lamellar or tube-like and labyrinthine structure.

There is a rough ER and a smooth ER, and they differ not only in their structure but also in their functions. In the following articles you will find out exactly what tasks the He has, how it is structured and how it develops, and whether it is the same in all cells.

What is the endoplasmic reticulum (ER)?

The endoplasmic reticulum can only be seen under an electron microscope and yet it is an elementary component of all eukaryotic cells (eucytes). These are cells with a real nucleus. The ER is a system of cavities surrounded by a branched membrane. Ten percent of the total volume of a cell is formed by the ER lumen, i.e. precisely these cavities.

It is a ramified system of tubes, caves and cisterns that is largely responsible for protein build-up, protein conversion, detoxification, storage of carbohydrates and calcium and hormone production. Membranes are also manufactured within the ER and a kind of quality control takes place in the ER.

The way in which proteins are built up or folded and processed is also checked here.

What are the tasks and functions of the endoplasmic reticulum?

Tasks of the smooth ER 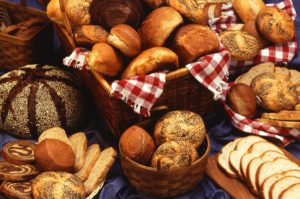 The tasks of the smooth ER include z. B. the storage of carbohydrates

Tasks and functions of the smooth endoplasmic reticulum are:

The smooth or agranular endoplasmic reticulum (sER, from the English for smooth ER) is free of ribosomes and its cavities have tubule shapes. Usually it is the smaller part of the ER, only in cells that are responsible for lipid metabolism or that are specialized in the production of steroid hormones, the smooth endoplasmic reticulum forms the larger part.

Overall, the smooth ER is responsible for many metabolic processes. His tasks include:

In the sER, too Steroid hormones This is why there is a particularly large amount of smooth ER in the cells of the adrenal cortex, testicles and ovaries. There it forms sex hormones and adrenal cortex hormones.

The sER is also for detoxification (Detoxification). With the help of enzymes it can make toxins soluble in water, so that it can be more easily transported out of the cell and later out of the body. So the body can be detoxified.

Also Calcium is saved by the sER. So-called sarcoplasmic reticulum (SR) is a special form of the smooth ER that occurs mainly in muscle cells. There it spans the individual muscle fibrils (contractive structures in striated muscles). There the main protein of the membrane of the SR is the Ca2 + -ATPase (adenosine triphosphatases).

Functions of the rough ER

The tasks and functions of the rough ER are:

The rough endoplasmic reticulum is also called granular ER or ergastoplasm. Its job is protein biosynthesis and membrane production. It consists of shallow cisterns.

Rough ER contains ribosomes on the cytoplasmic side. These are macromolecular particles made up of proteins and ribonucleic acids. Proteins are synthesized on them. Multiple protein chains arising in the ribosomes are transported into the lumen, i.e. the cavity of the ER. 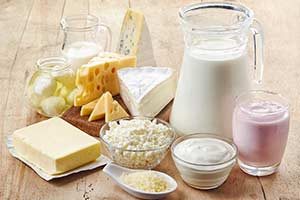 The rough RE is involved in the synthesis of proteins

In the lumen itself, these chains are then cut to size and folded. Since membrane proteins, lysosome proteins and export proteins are produced here, the rough endoplasmic reticulum is also particularly strong.

Chaperones are proteins in the ER that fold linerae connections, giving them a three-dimensional structure. Chaperones also recognize when a protein is incorrectly folded and transport it back for conversion. You are therefore responsible for quality control. In the rough ER, so-called oligosaccharides, a type of carbohydrate, are also transferred to proteins.

These fully charged proteins remain in the lumen, where they are packed in small membrane bubbles and, if it suits their purpose, transported to another destination.

What is the structure and anatomy of the endoplasmic reticulum? 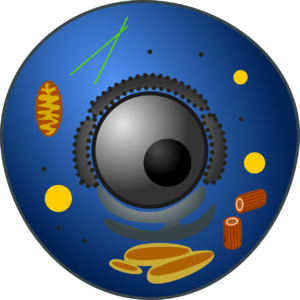 Inside the Er there is the so-called intracisternal phase (Er-Lumen). This is, so to speak, a plasma in which all vacuoles are located. However, it is different from the cytoplasm within the cell. In the lumen there are, among other things, substances such as chaperones or oligosaccharides.

A distinction is generally made between rough and smooth ER. Depending on the organs or tissues in which the cells are contained, the proportion of smooth or rough EM also differs.

The rough one endoplasmic reticulum makes up the greater part in most cases. It is called rough because its surface is covered with ribosomes. It is lamellar and branched like a labyrinth. Mainly the production of membrane parts and the synthesis of proteins take place in its cavities. The ribosomes are not permanently attached to the membrane, they attach to the membrane as required, otherwise ribosomes can be found free in the cytoplasm. They dock on the translocon, a kind of pore in the membrane of the ER that only opens to the lumen when a ribosome is attached.

The smooth endoplasmic reticulum is connected to the rough ER, they merge into one another. It is also richly branched but shaped differently. Its membranes form tube-like structures. Here hormones are produced, calcium and carbohydrate storage is made possible and it is detoxified.

In muscle cells there is a special type of ER, which is responsible for muscle contraction, and the parts of the ER primarily detoxify in liver cells.

Special functions of the ER in different organs / tissues

ER in the liver or in the parenchyma of the adrenal glands consists predominantly of smooth ER. Because this is where the metabolism of glucose, the formation of hormones and the storage of carbohydrates are particularly important.

In germ cellssuch as cells from testicles or ovaries, there is also a particularly large amount of smooth ER. Here the hormone production has priority.

The endoplasmic reticulum is specially shaped in muscle cells and nerve cells. The ER virtually surrounds the individual muscle fibers and can absorb or release calcium ions here in order to control muscle contraction. Due to its special shape, it is called the sarcoplasmic reticulum (SR).

Which proteins are synthesized and how?

Protein synthesis takes place on the ribosomes. Membrane-bound ribosomes mainly produce the proteins and glycoproteins of the membranes of the ER itself and also those of the Golgi apparatus, the lysosomes, the plasma membrane and secretion proteins that are secreted from the cell, as well as proteins of the extracellular matrix.

The bound ribosomes are loaded with messenger RNA just like the free ribosomes. This serves as a template, as a template for the synthesis of the corresponding protein. The signal that actually serves to bind a ribosome to the cytoplasmic side of the ER membrane is contained in the protein to be synthesized itself. Usually some kind of signal sequence is loaded onto the protein as a header.

This sequence (SRP for signal recognition particle) docks to an SRP receptor in the membrane of the ER and thereby triggers the command to bind the ribosome to the ER. Here the messenger RNAs contained in the ribosomes are transcribed and processed further. Most of the proteins synthesized in the ER are glycolized (provided with sugar side chains). Often this is how pre-hormones are formed.

Diseases, complaints and disorders of the endoplasmic reticulum

In the case of a congenital Incorrect function of the ER, due to errors in certain genes or errors in their development, diseases such as the autosomal recessive inherited juvenile Parkinson's disease (AR-JP) are likely to occur.

This is a mutated form of protein degradation, which is due to an incorrectly folded and thus incorrectly functioning receptor for proteins in the ER. This leads to cell stress within the ER, which in turn leads to neuronal cell death, to self-destruction of the neuronal cell.

In the case of damage to the ER or cell damage due to ischemia (circulatory disorders) or the toxic accumulation of certain proteins in the cells, the protein synthesis and its folding are probably also disturbed. Which in turn can lead to significant malfunctions in the body or to the loss of functional neural mass. A decline in ER function in old age is also assumed to be a trigger for Alzheimer's and similar diseases.

This refers to diseases that result from incorrectly synthesizing and folding proteins. Alzheimer's and Parkinson's are, for example, diseases that go back to these defective proteins (drip for defective ribosomal products).

There are so-called Gain-of-toxic-function diseases. Here, the drips cannot be broken down in the proteasome (part of the cell nucleus that breaks down and remodels defective proteins) and so remain in it. This leads to intracellular stress and later to typical diseases such as Parkinson's, Alzheimer's and Huntington's chorea. The term comes from the English gain of toxic function, for toxic, non-degraded and defective proteins. 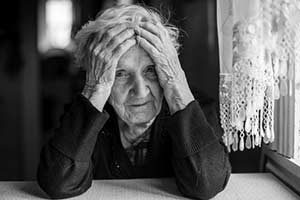 The protein folding diseases include z. B. Alzheimer's

These diseases include, among others:

Then there are those Loss-of-physical-funtion diseases. In this case, misfolded proteins are broken down in the proteasome, but no longer enough ribosomes are provided with messenger RNA and subsequently delivered to biosynthesize a healthy and functional protein.

This insufficient production of proteins leads to diseases such as:

Then there are diseases in which there was both a toxic accumulation of certain proteins and inadequate replication. This leads to emphysema and liver cirrhosis.

Diseases that are directly caused by the wrong quality control in the ER can be caused by mutation or overexpression, i.e. by the faulty and multiplied formation of wrong proteins. Cancer diseases, polycystic liver disease and Marinesco-Sjogren's syndrome are diseases that can result from this.

Does ER disease affect every ER in the body?
In diseases that arise from defective, excess or deficient production of certain proteins, the entire ER in a person's body is never affected.

In Alzheimer's disease, for example, or after a stroke, the ER in the patient's brain is disturbed. Because the decisive factors influence the cells in a certain sector, as in these cases those of the brain.

In the case of cyst kidneys, on the other hand, the ER and its processes in the kidney cells are dysfunctional, so that the massive formation of cysts occurs, which replace and displace healthy kidney tissue.

In the case of Marinescu-Sjögren syndrome, the mutation of the SIL1 gene takes precautions so that the affected patients experience a variety of tissue disorders. The brain, nervous system and muscles are affected here. As a result, patients have an intellectual disability, a small body size, speech disorders and movement disorders.

It always depends on the part of the body in which the cells and the endoplasmic reticulum contained therein show a pathological change.

Common and typical ER diseases at a glance:

Here you will find answers to frequently asked questions about the ER.

Please recommend this page or link us:
<?