Is the English penalty trauma a cliché?

"There are only two ways of life," Albert Einstein once stated. "Either as if nothing was a miracle or as if everything was a miracle." The otherwise ingenious scientist cannot have meant the common soccer fan, because the said person with a passion for round leather can usually differentiate: Won the World Cup in Brazil against Brazil 7: 1, a miracle! Mario Götze comes on and shoots Germany to the world title, a miracle! But: England loses on penalties in major events, definitely no wonder!

Because the guys from the island regularly mess up penalties when it matters. Need some examples? World Cup 1990, semi-finals Germany versus England: Stuart Pierce fails to Bodo Illgner, Chris Waddle thrashes the ball over it. Or the English home European championship in 1996, when the drama repeated itself in the semifinals: Gareth Southgate shoots, Andy Köpke holds. Also in the shootout at other major tournaments against other opponents - Spain, Argentina, Portugal - the same picture: In the end, the "Three Lions", as the English kickers are usually called, become whimpering kittens. You could almost make a proverb out of it: "Shootout is coming, it simply means: England cannot take penalties." 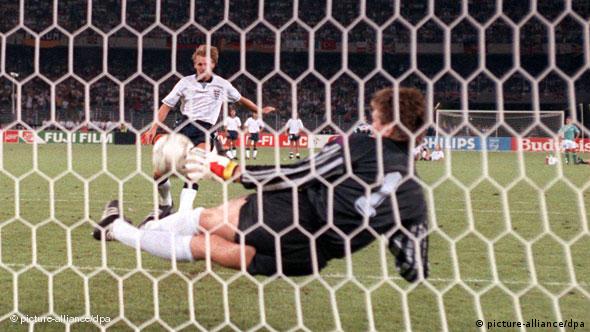 Data speak against it

But now scientists from the German Sport University in Cologne actually come along and say: That's not true. You compared the success rates of English footballers with those of other nations, both at World and European Championships and in the national leagues, to check: Are island footballers really the worse penalty takers? "The simple answer to this research question is that the empirical data does not support this cliché," it says succinctly at the end.

A total of 72 percent of all penalties in the penalty shoot-out would be converted, during the game even 79 percent. And it is pretty irrelevant which nation the Sagittarius belongs to. In the normal course of the game, the Englishman actually hits a little more often, in the penalty shoot-out, on the other hand, a little less. But it is not statistically relevant. In other words: put your prejudice in the dictionary of popular errors! 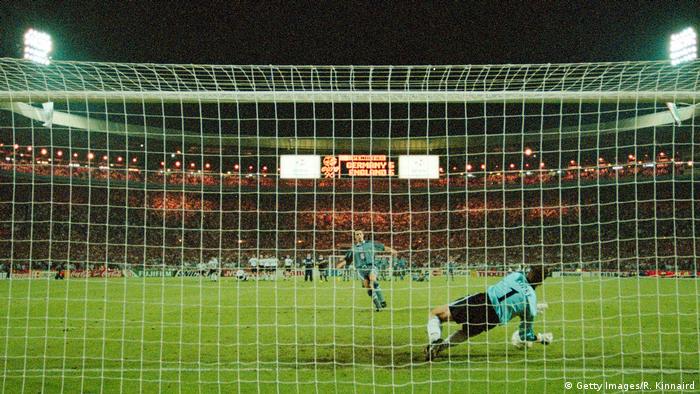 The same game at the home European championship in 1996: this time Andreas Köpke can fend off Gareth Southgate

Manno, thinks the common soccer fan. But then he reads on and calms down again. Because at the end of the day the scientists leave a back door open: They “don't want to rule out the possibility that there could be significant differences between the nations” if the ball is placed on the ominous point. For example, the professionals' fear of the judgment of the merciless English tabloids could cause their hearts to slip and the ball over their instep. Or the English players and coaches are so convinced that penalty shoot-outs are just a lottery per se that they don't even prepare properly for it.

Well then, says the common soccer fan. I wasn't so wrong about that. Penalty shootouts are more than just kicking the ball, the psyche plays an equally important role. And who says that this is not a "self-fulfilling prophecy", as sociologists call it, a self-fulfilling prophecy: Everyone believes that English footballers cannot score penalties. In the end, the kickers believe it themselves - and miss it. No wonder at all, Mr. Einstein!