How do you explain a theory 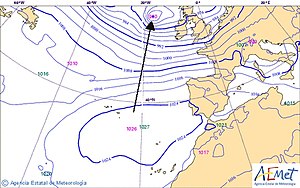 Scientists have measured temperatures, wind speeds and many other things. From this they developed a theory. They use this theory to make weather forecasts.

The term “theory” is mainly used in science. One example is the question of how the various animals and humans came into being. The theory from the Bible says that God created living things. Various scientists developed the theory of evolution from bone finds and other observations. A forecast can hardly be derived from this. At most one can say that living beings change only very slowly.

The theory about the weather is needed for the forecasts. Scientists have been measuring wind strengths, temperatures and other things for decades. They found connections in how this all interlocks. This is how their theory came about. This allows you to predict what the weather will be like in the next few days.

Another theory concerns gravity. It has long been possible to measure how quickly an object falls to earth. This could be used, for example, to calculate what gravity causes between certain planets. From this one can make a statement as to whether an approaching meteorite hits the earth or not.

There are also other search results for “Theory” from Blind Cow and Ask Finn.