Autism can get better

How autism changes over the course of life

Trains are his great passion: at the age of two, Lukas * spends most of his time lining up wagons and looking at them from various angles. If someone calls his name, he does not react; he hardly takes any notice of parents or siblings. If he speaks at all, he repeats echo-like sentences from his parents' conversation. He doesn't seek eye contact - he doesn't look others in the face either. And instead of pointing to things that interest him, he takes his mother by the hand and leads her to the object as if she were a gripping tool.

One disorder, many facets

At the age of four, Lukas went to kindergarten - and still showed no interest in people of the same age or in games together. If another child pours him imaginary tea into a building block cup, he reacts confused. Instead, he gives lectures on trains and rail transport in formal and high-pitched language. Even in school he remains an outsider. He finds it difficult to sit still with his classmates and listen to a story. He prefers to read his own books. Sometimes he seems restless, nervous and unfocused, sometimes he can't stop with a task and reacts angrily when asked to start something new. 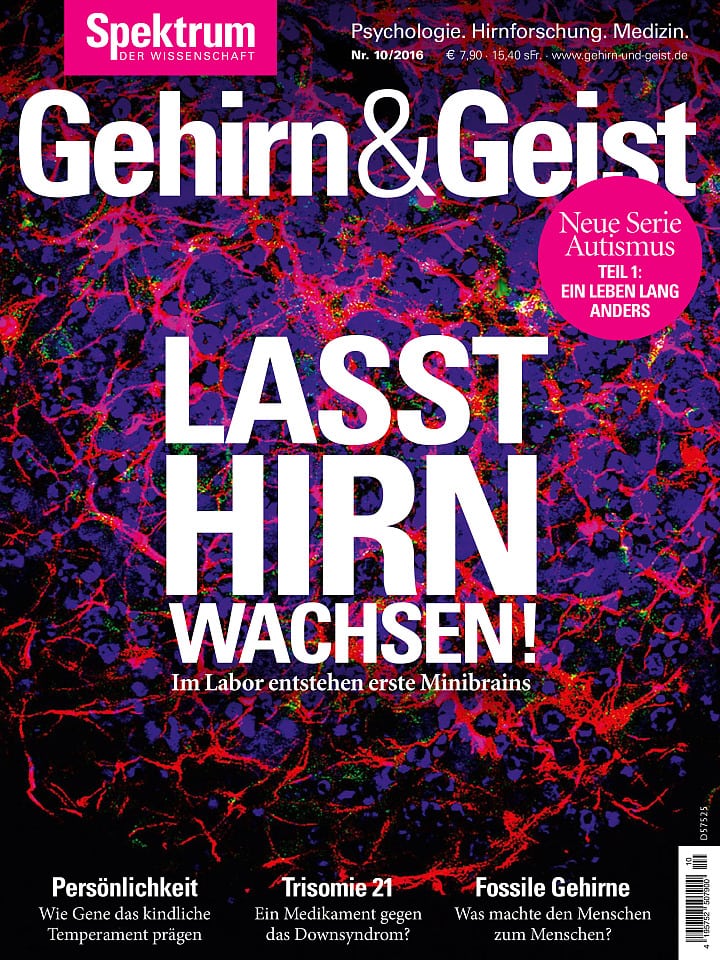 As a young adult, Lukas ended up living secluded and with no friends with his mother. He regrets not having a girlfriend and worries that he will never find a suitable wife. He works part-time for a public transport company, where he is responsible for planning rail transport. His colleagues groan when he starts another monologue about trains, but they can now interrupt him without a fight or dissatisfaction. At home he has a vast collection of model railways, which he catalogs, builds and dismantles and films in his spare time, in order to present them to the public via a video channel on the Internet.

Lukas has an autism spectrum disorder (ASS for short, also ASD for "autism spectrum disorder"), his story is typical for many people affected - one might think. In the meantime, however, research has also shown that "typical" is a difficult word when it comes to autism. Because the disorder can not only manifest itself differently in different people, it even changes over the life span, as the example of Luke shows.

Diseases from the autism spectrum are profound developmental disorders that begin in early childhood and have a chronic course. They are usually noticed in the first five years of life and are typically associated with difficulties in dealing with and communicating with other people as well as with repetitive, stereotypical behavior.

Even in childhood, those affected seek little or no eye contact with their caregivers, share attention and joy with others less often and use neither facial expressions nor gestures to establish or regulate social contacts. Accordingly, it is difficult for them to judge the state of mind of others based on such characteristics, which often leads to misunderstandings. Many of them are strongly fixated on certain rules, activities, interests or rituals and react with restlessness or fits of anger when their daily routine is disrupted or something in their environment is changed. Some also have special interests, collect and learn everything about dinosaurs or washing machines, or develop a preference for license plates and house numbers.