Is Vietnam economically dependent on China?

On Tuesday (August 26, 2014) he left for China: Le Hong Anh, a member of the Politburo of the Communist Party of Vietnam. "The aim of the trip is to discuss ways and means to alleviate and avoid growing tensions. At the same time, the relationship between the two parties and countries is to be deepened," said the spokesman for the Vietnamese Foreign Ministry, Le Hai Binh.

Vietnam and China have been in a clinch over areas in the South China Sea for months. In May, anti-Chinese riots broke out in Vietnam as a protest against the stationing of a Chinese oil rig in disputed waters.

Deutsche Welle: Why did the Vietnamese leadership decide to ease tensions with China? 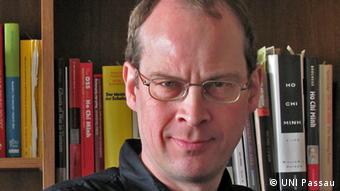 Martin Großheim: "Most Vietnamese want peace - but there are still great resentments"

Martin Grossheim: The decision by the Vietnamese leadership to pay compensation payments to Chinese companies and victims of the anti-Chinese protests and now to send Le Hong Anh as a special envoy must be seen in connection with the upcoming visits by high-ranking US politicians to Hanoi in the next few weeks become.

Le Hong Anh holds an important position in the party leadership as a former Minister of Public Security and as a permanent member of the Politburo of the Communist Party of Vietnam. His posting is a political signal to Beijing: Hanoi wants to stabilize relations with the USA and China.

China has welcomed the Vietnamese decision to compensate the victims of the protests. Is that the end of the argument?

For now, the argument is over. Nevertheless, the widespread aversion to China was clearly noticeable during my recent stay in Vietnam. Should the Chinese leadership do something that many Vietnamese see as a provocation - such as building an oil platform in waters that are also claimed by Vietnam - this aversion could break out again. On the other hand, the Vietnamese security apparatus will certainly be better prepared next time to deal with this challenge.

How does Hanoi justify its approach to China to its own people? 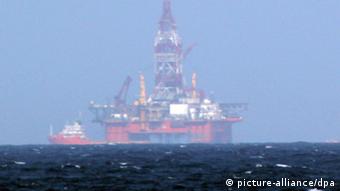 Although there is a great deal of popular dislike for China, the majority of Vietnamese want peace. You will surely welcome any step that eases the tension. However, should Le Hong Anh have to make concessions during his visit to Beijing, the reaction at home could be very negative.

How much does the Vietnamese economy depend on China?

China is Vietnam's largest trading partner. In addition, Chinese companies are involved in many different projects in Vietnam, especially in the area of ​​infrastructure. The Vietnamese leadership knows that they have to diversify the country's economic relations in order to make the domestic economy less dependent on its large neighbor in the north. But that cannot happen overnight.

So has the territorial dispute resulted in Vietnam forging closer ties with other countries?

Yes, it has led Vietnam to deepen its extensive partnership with the US. This can be seen in numerous mutual visits: In July 2014, Politburo member Pham Quang Nghi traveled to the USA. Senator John McCain and, more importantly, the US Army Chairman of the Joint Chiefs of Staff visited Hanoi in August. It is the first visit by the highest US officer since the end of the Vietnam War. There are also signs that the US will allow arms deliveries to Vietnam in the future. 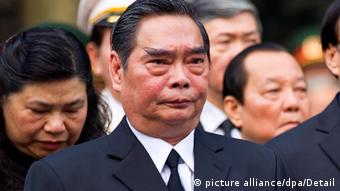 On a special mission: Le Hong Anh is supposed to smooth the relationship with China

Similarly, Vietnam has deepened its ties with Japan. Tokyo has promised to deliver six naval vessels to Vietnam - which would greatly increase its naval capabilities.

What attitude do you expect from China and Vietnam in their territorial dispute in the South China Sea in the future?

The crisis in the South China Sea has changed the way the Vietnamese view China, including in the country’s leadership. While common ideological interests were paramount at the end of the Cold War, it has now become clear to the leadership in Hanoi that they should not rely primarily on China. Hanoi reserves the right to take legal action against Beijing. In the next incident, Vietnam may sue China.

Dr. Martin Grossheim is a research associate at the Chair for Southeast Asian Studies at the University of Passau. His research focuses on modern Vietnamese history, secret services and the history of the Cold War.