What is the CSAT exam 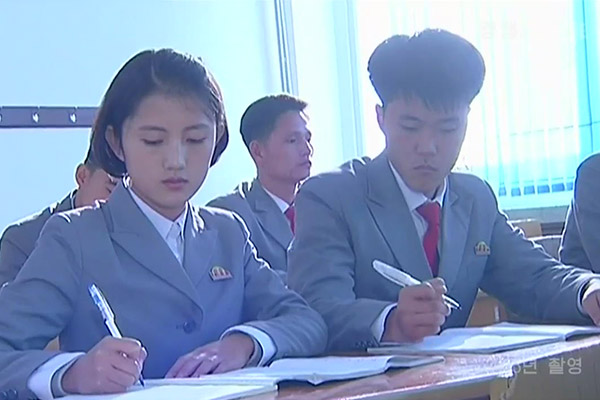 In December, the nationwide college entrance examination CSAT (College Scholastic Ability Test) takes place in South Korea. This year, the annual audit absenteeism rate is expected to peak. Many students fear that they have not been able to prepare adequately for the exam as regular classes have been replaced by distance learning due to the Covid-19 pandemic. Exam takers and parents alike are concerned about this exam, more than usual this year due to the pandemic.

In the early 2000s, North Korea changed the nationwide pre-exam date to late February or early March, as the new academic year had moved from September 1 to April 1. I attended university in the 1980s when there were six test questions for each subject. These days it is said that Revolutionary History, Literature, and English each have three questions, physics and chemistry two each, and math three to five questions. Those who pass the preliminary examination can take the main examination.

A distinctive feature of the North Korean higher education admissions system is that the authorities tell students which universities they will study at. On the basis of the test results in the preliminary examination, the authorities set a certain quota for university admission for each secondary school. According to the agreed quota, the schools assign each student a university, taking into account their test results and ideological commitment. In other words, it is not the students themselves, but the state that decides on the respective university.

In the north, admission to university is something of a guarantee for a secure job and a stable life. Those who are admitted to study abroad at a renowned institution such as Kim Il-sung University, Kim Ch’aek Technical University and Pyongyang University have a carefree life ahead of them. No wonder that parents in North Korea, just like in South Korea, do everything in their power to send their children to good schools. In South Korea, academic achievement is most important when it comes to university admission. In the north, in addition to exam grades, the parents' social status and prosperity also count.

When taking the university entrance exam, it is important to submit a copy of your school report and a letter of recommendation, which will be provided jointly by the student's school and the Socialist Youth Association. In addition to the parents' career and power, their wealth is also of crucial importance. It often happens that mothers bribe high schools to get their children assigned to good universities. For example, if a high school originally wanted to admit five students to the main university examination, but received a quota of ten admissions from the education authorities, it can select five more students. Influential parents are targeting these additional approvals. Even if students get good grades, they can't count on going to a reputable university without a bribe.

If high school graduates in South Korea do not get admission to university or if they think their test results were not good enough, they can try again the following year or try a third time the year after next. However, it is not that easy for North Korean applicants once they have failed the college entrance exam.

North Korean students who did not get college admission on the first attempt must join the military or work first before they can make another attempt. Conscription is usually 10 years. If a teenager completes high school but fails the entrance exam, they may not have the chance to do so until their late twenties. Unlike South Koreans, North Koreans typically get married and start a family in their late twenties, and it's nearly impossible for someone with families to prepare for college entrance exams. As a result, very few people take the university entrance exam a second time.

Some South Koreans go abroad to study. But it is difficult for normal North Korean citizens to imagine going abroad on their own. Only a few students selected by the Central Committee of the Labor Party are allowed to study in other countries. And many former international students are said to regret going abroad.

When selecting students to go abroad, North Korea checks their family background very carefully, as they could be influenced by capitalist foreign countries. Students receive ideological training before going abroad. When they return home after completing their studies abroad, they are closely monitored by the authorities for six to twelve months, as their ideology is questioned after the stay abroad. In a sense, it is another form of human rights violation.

Many North Koreans who have studied abroad are more intellectual and more open-minded than others who have only studied in their own country, and they are more open to capitalism. I think that's why many of the former foreign students ended up in the notorious Yoduk concentration camp.

Not everyone can study in North Korea. Renowned universities in particular, which are considered to be a guarantee for a successful career, require good examination grades ALSO an appropriate family background. Those who were born with a golden spoon in their mouth have a better chance of entering such a university. The competition for the best university entrance is no less intense in North Korea than in South Korea, and the trend is likely to continue.