What is solar heating

Solar heating is becoming increasingly important because heating support is now a prerequisite for state solar thermal subsidies. Systems that are only used for hot water generation are excluded from funding. A solar thermal system with heating support must have both a larger collector surface and a larger heat storage unit, which significantly increases costs.

Connection to the existing heating 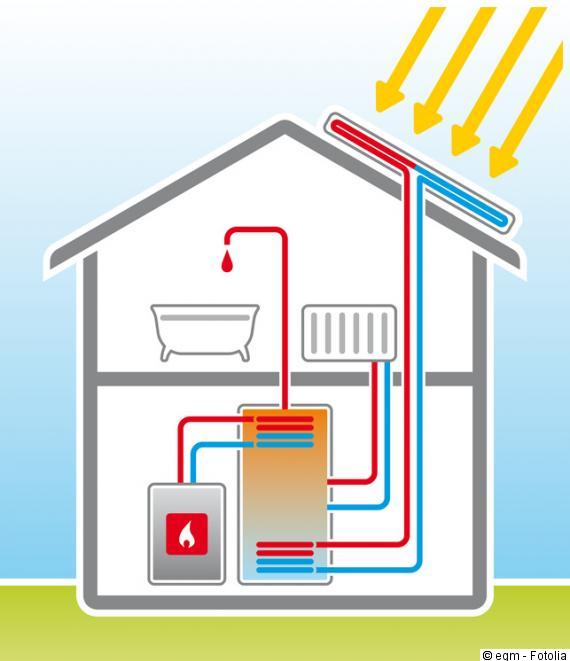 As a rule, solar heating is operated in combination with a conventional heating system, which steps in when the solar energy is insufficient. Such a combination is possible with almost any heating system, for example with gas heating, oil heating or pellet heating. The logic of the interconnection is always the same. The solar heater heats the water in the heat storage tank of the heater to the desired temperature, provided that the solar energy is currently sufficient. If the solar radiation is insufficient, the solar thermal system preheats the water as far as the energy lasts. The classic heating then starts up and supplies the missing share of thermal energy. The simplest method for connecting both heaters is to use a bivalent storage tank that absorbs energy via two heat exchangers. However, it is also possible to preheat the water before it reaches the storage tank. External heat exchangers are used for this, which transfer thermal energy directly from the circuit of the solar thermal system to the drinking water supplied. 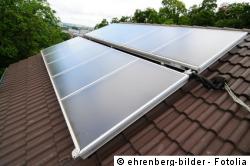 The prices for solar heating vary significantly between manufacturers, which is why only more or less typical values ​​can be given here. The basis is again the household with four people and 120 square meters of living space. Approximately 4,500 euros must be estimated for the collectors. The cost of the storage is around 2,000 euros. In addition, there are costs for the pump, the control and other accessories as well as the assembly costs. These additional costs add up to around 2,800 euros. Overall, the acquisition costs are around 9,300 euros.

How much heating costs does a solar heating system save?

This also depends heavily on various details, for example usage behavior, the type of additional heating and the thermal insulation of the building. As a rough estimate, it can be assumed that around 40 percent of the annual energy costs for heating and hot water can be saved with solar heating. Assuming an average value of 12 euros in energy costs per square meter and year, the above example results in annual savings of 576 euros. The annual maintenance and operating costs, which amount to around one percent of the purchase price, in this case 93 euros, have to be deducted from this. This results in an annual saving of 483 euros.

In the long term, solar heating pays off

In purely mathematical terms, the example system saved its costs again after around 17 years. This is a typical value, solar heating only pays off in the long term. For example, the energy prices that will likely rise in the future, which will lead to higher savings, were not taken into account.