How has saving changed my life?

Mucking out actually changed my life. After more than a year, it is time for me to draw my conclusions. If I think back to my life about 3 years ago, then I was the type of person who let themselves be carried away by “Now 50% off” or “Buy 3 for the price of 1”. I loved shopping, ordered clothes almost every month, and found myself at the Furniture Sweden shop on a regular basis. Amazon wasn't safe from me either. I always bought when I got the "I need it now" feeling. So, to put it bluntly, I followed my impulse to buy. This made me the number 1 customer of choice because I was easy to inspire.

I had enough excuses (for my conscience):

At some point, however, the day came when it was all too much for me. I looked around and even though we were still far from the blockade, I felt strangely oppressed. It was not uncommon for clothes with tags to linger in my dressing room or for me to buy the kids toys that they didn't even notice. Above all, however, I will never forget the moment when I found newly purchased decoration in the box in its original packaging after 2 months. That was the point at which I suddenly realized that I wanted to change something. Wrong: That I have to change something and I started to address the issue of consumption and mucking out.

First you have to see how much you really own ...

I crept through the rooms and consciously looked around. It struck me that the recently purchased items and items of clothing in particular were somehow ignored. They stood there like trophies with no meaning. In the same way, there were umpteen toys in the nursery that caused chaos, but didn't seem to be very much loved.

It was the time when I started looking for tips and tricks on the internet and so I came across the book "Magic Cleaning" by Marie Kondo *. This book is dedicated to the topic of mucking out and how to get structure in the household. I was enthusiastic about the so-called Konmari method and started to throw all clothes in one heap and then it dawned on me: "This is way too much and I can never put everything on". It went on through other areas in the house. We had so much bed linen that we could have furnished an entire school with it, and yet I was happy to buy bed linen from Sweden. I could light up the street with candles and I don't even want to talk about pens, dishes, books, notepads, make-up, and so on.

For me, however, the worst realization was: I had bought all of this and invested money in order not to use it in the end. It didn't make me happy in the long run, nor did I benefit from it. It only has negative properties: it swallowed my time and money, took my place and now I had to get rid of it. Marie Kondo writes in her book, however, that one should see it positively: So now I see it that way. The fact that it was all in the pile in front of my eyes and that I was the one who got it has burned itself in and I have become more careful with shopping and better at mucking out as a result. 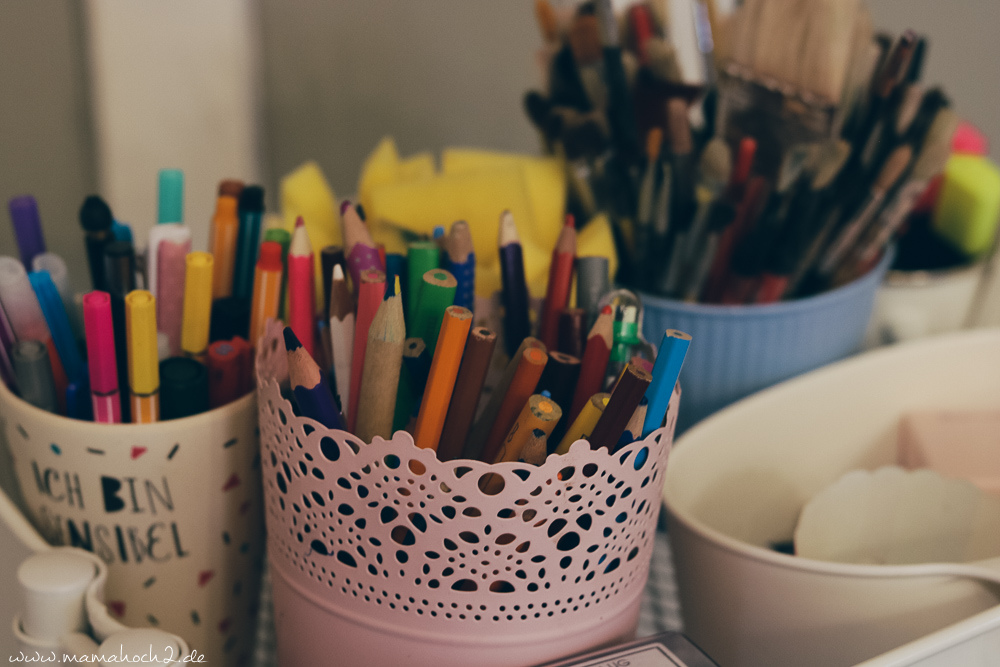 When you understand that consumption doesn't make you happy ...

My second step was to realize that all of the stuff it had accumulated might have been bought out of a desire to make me happy - but, in the end, it didn't. Okay, a few things make me happy even after a long time. There is an armchair that I enjoy every day and maybe special dishes that I find so beautiful. But it's not the same as it was when I bought it. I think this satisfaction of the desire to buy is in reality only a tiny moment and that when we put the things in the shopping cart or throw them in the cart. Already at the till we see that we have to give in money for it, but well, that is manageable too.

At home we enjoy unpacking to the maximum, but after a short time this feeling sets in and something new has to be made. It became clear to me that no matter how much I buy and what value it will never stop. I don't think you can get that “I'm satisfied feeling” by buying so much at some point that the house overflows, but only when you understand that it's a very short-lived feeling that catches up with us over and over again .

I like to compare that to a smoker. He lights a cigarette and feels good in the moment. The moment when he'll say of his own accord, “Oh, this cigarette was exactly the one I needed. It's enough. I am now full. ”Will never occur. Sooner or later he will light another cigarette after each cigarette - unless: he consciously ends the process and no longer gives in to the feeling. Let us know what you think! If you scroll down, you have the opportunity to provide your feedback. This blog thrives on interaction. Be a part of it! P.S. If you enjoyed this article very much, please share it directly with your friends. 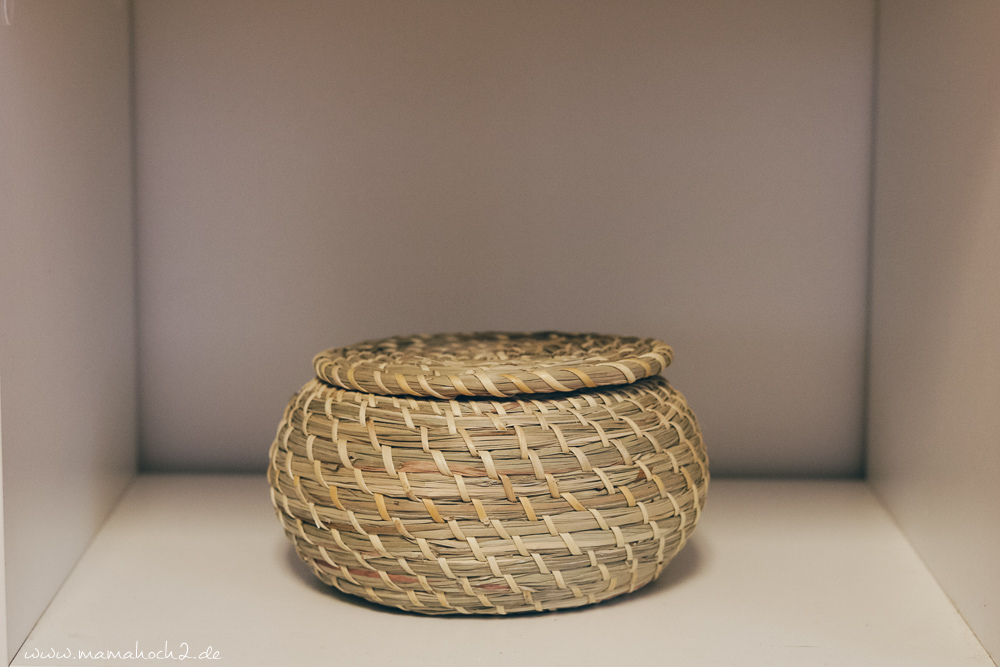 The moment you are actively mucking out, wonderful things happen. On the one hand, you discover, for example, that you already have a year's supply of candles and it would be absolutely nonsensical to buy another, and on the other hand, you notice what you actually don't really need. A good example for me was my cosmetics. I had countless kohl, lipsticks (I wear them a maximum of twice a year). I found tinting powders that I never used and creams that I didn't use at all. All of that was allowed to go and all of that is stored in my brain under: “I don't need to buy anymore because it's unnecessary”. I was able to turn a considerable part of my stuff into money, such as the old camera or an old cell phone, as well as old children's clothes.

In the meantime, I've come to the point that I only buy new consumables when they're almost used up. I don't keep so many things in store anymore. I am now trying to replace plastic consumables with more sustainable raw materials, which is a personal concern of mine. As a family, we consider which purchase is really necessary and why we consider it necessary. It all sounds a bit stingy, but it's not at all. We have exactly what makes us happy, nothing more and nothing less. 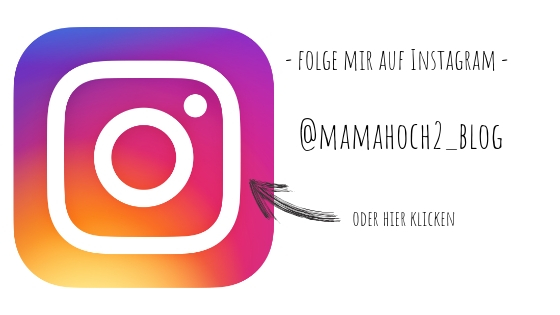 Conclusion after more than a year of active minimizing and mucking out.

Today I can draw a wonderful conclusion, everything that has changed in positive ways: 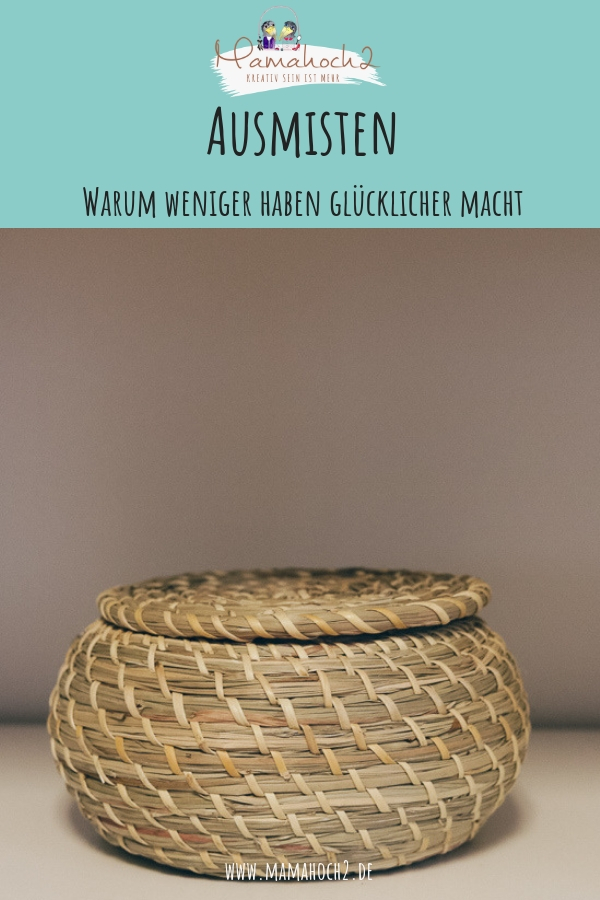 Overall, I'm far from finished and not where I want to go yet. If you talk to people who have also cleared out and rearranged things, then everyone agrees: Something is not only happening to the four walls, but also inside you. At the moment I'm in the process of sorting out the finances again and, above all, one Establish a plan for retirement and reserves. I am happy to be able to write the word reserve alone. It just feels good and right.

Maybe you are just about to organize your life, then I would be very happy if you stick with it. I will definitely continue to report on it.