What are some urban development strategies

Urban growth and economic changes have had a strong impact on the space available for Viennese businesses over the years. Since sufficient space for Vienna's companies is an important location factor, the loss of space for commercial and industrial companies is to be contained in the future. The aim is to secure around 5 percent of the total area of ​​Vienna as industrial space.

To this end, the City of Vienna worked closely with the Chamber of Commerce and the Vienna Industrial Association in 2017 to develop the "Productive City" concept, which underlines the importance of the manufacturing sector and secures and strengthens it as an essential pillar of sustainable urban development.

Paradigm shift: integrating instead of suppressing 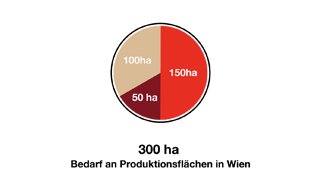 In Vienna, as in many other cities, there is currently a paradigm shift from the individual consideration of the industrial-commercial sector to the "productive city" for productive businesses. The use of modern (information) technologies makes many things possible, so living and working in mixed city quarters can also become a reality.

Vienna is committed to supporting the development of a vibrant industry. This includes the provision of suitable and sufficient areas for production as well as increasing specific qualities for existing operating locations. In addition, the city is relying on strengthening the cooperation across the federal states in the metropolitan region of Vienna in order to be able to provide the largest possible range of attractive locations on an international scale.

The manufacturing sector is the livelihood for Vienna's population. In concrete terms, this also means the courage to adopt new forms of mixing: Instead of exclusively monofunctional business and residential areas, new mixed forms of working and living are to ensure sustainable urban development. However: Not all productive activities can be integrated into mixed neighborhoods. In the future, too, space will be needed here for exclusively industrial and commercial operations. Some of these previously exclusively production and operating areas have been rededicated for residential purposes in recent years. Not least in the interests of socially stable overall growth and thus also in the interests of the resident population themselves, the productive city concept stands for the halt to this development.

Just as the concept aims on the one hand to integrate living in suitable business areas, on the other hand it must enable undisturbed operation for those forms of production that are not suitable for living. In any case, both purely industrial-commercial and mixed areas face the same challenge: In the sense of a broad and diverse range of locations, well-networked production chains and efficient distribution structures, more diverse forms of urban structures and districts are necessary. Because a city of short distances must be thought further today than before.

With the productive city concept, Vienna wants to seize this potential and use it explicitly to strengthen Vienna as a business location.

Areas for the productive city 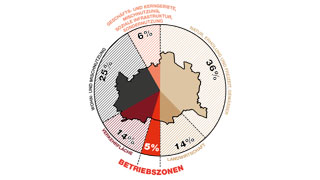 Production and related activities (logistics, energy, wholesale, repair, etc.) need space. Large-scale operating zones and small-scale operating areas distributed across the city currently take up around 5 percent of the urban area. In addition, other smaller businesses such as handicrafts are integrated into the mixed construction area.

The operating zones still contain reserves, but in order to be prepared for the challenges that can be expected in the future, the reserve is to be increased to around 300 hectares.

The 3 types of operational zones in the City of Vienna

Decisive for the selection and division of these zones were - in continuation of the "operational zone analysis" decided by the Vienna City Council in 2008 - on the one hand their suitability in terms of location, infrastructure, emissions and mobility, on the other hand conflicts and impairments of other uses were avoided. 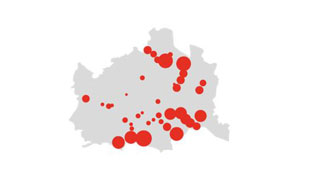 With 1,900 hectares, this category, which is the largest in terms of area, is to be secured for industrial-commercial use and made optimally available. What is important here is as unrestricted operation as possible, suitable site equipment, good accessibility via the road network and a low land price level. Reallocations to housing are not possible. 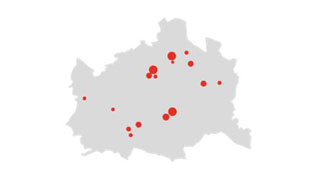 Around 200 hectares of commercial mixed areas, well integrated into the urban area, with connections to public transport and IV are currently used purely for commercial purposes, but should be supplemented by other uses and used more intensively in the future. For this, however, innovative, usually compact and multi-storey urban planning solutions have to be found that combine the needs of commercial and residential in the area. Topics here are supplementing, building over, compressing. In order to realize this potential, clearly thought-out and feasible development concepts, pilot projects, quality assurance instruments and management structures are required. 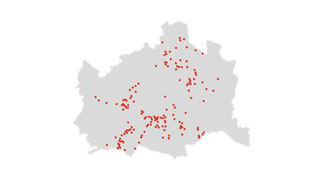 The third mainstay of the productive city are traditional businesses at over 200 integrated individual locations (around 250 hectares). These are seen as a valuable contribution to strengthening the urban economy and should therefore be supported and further developed in their existing function. Industry, craft, trade and small businesses, but also future new forms of economy, should find space here within a short distance from one another and from their customers. The commercial function may only be omitted if both urban planning and economic reasons are clearly demonstrated.

Production areas in the urban expansion

In a positive economic scenario, employment growth keeps pace with population growth. This balance will be constantly observed. In the case of area developments in the course of city expansion, for example urban master plans, the needs of the productive city must always be taken into account. Last but not least, some of the most suitable future locations can be found along the city limits in the vicinity of recently built and still planned high-level infrastructure. Vienna therefore actively strives for cooperation with neighboring communities in cross-border functional areas.

The key players in this are the Vienna Business Agency and the Vienna Chamber of Commerce. Important elements of "proactive space management" are:

Coordinated, site-specific management is to take place via quarter management for other larger operating zones in Vienna - for example based on the model of "Standpunkt-Liesing" or "Standpunkt Floridsdorf". The district management is intended to serve as a central point of contact for local businesses as well as an interface to urban planning, the Vienna Business Agency and the Chamber of Commerce and to support businesses with regard to trouble-free operation and development options.