Why do terrorists come from one religion?

Islam scholar Abd el Gawad How did Islamic terrorism come about in Europe?

After France now also Vienna: another Islamist attack. An interview with the Islamic scholar Walid Abd el Gawad about how religious symbols are dealt with in Europe and what possible solutions there are. 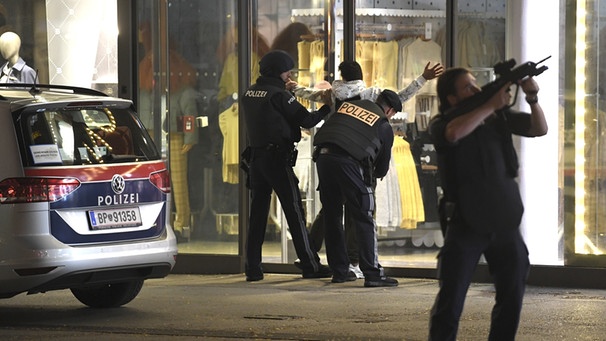 "We are at war," said French Interior Minister Gérald Darmanin after the attacks in Nice. An exaggeration or are we in the middle of the Clash of Civilizations? Walid Abd el Gawad observed what was happening closely. Barbara Knopf spoke to the Islamic scholar, translator and interpreter.

Walid Abd el Gawad: The strong French secularism, this strong separation between religion and state, is not very present for many Muslims. They often perceive the suppression of religious symbols in public as an attack on Islam or the freedom of Muslims. That is one aspect. The second is - which is also very strongly encouraged from outside - the strong role of France in the fight against terror in Syria and Iraq, against the terror of ISIS. And that, of course, brought hostility from terrorist groups into play.

Does that mean that this war, which is taking place in Syria, is now being shifted asymmetrically - as terrorism in France, for example? But will it also affect other European countries?

Exactly. And the terrorist groups there are deliberately spreading the image of France as a not secular, but Christian state, this motif of a Christian Europe waging war against Muslims. This is not only at the level of the radical Muslim groups, but even Turkish President Recep Tayyip Erdoğan had also said that Macron was now leading a crusade against the Muslims in connection with the events. And Europe should not lead Macron's path. The mixture of religion and state is deliberately used by certain political actors.

But how do you actually react there in the social networks, while the terrorist attacks there may also be commented on and discussed in a slightly more differentiated manner?

Yes and no. The keynote is: You feel offended. One understands that something like this shouldn't be, shouldn't be. Mostly seen. You understand that you shouldn't kill right away because of something like that. But on the other hand, one perceives the insult from the prophet as something much greater: why not also perceive our suffering? Why do we have to perceive their suffering - and they do not really perceive our suffering? There is now a profile picture on social media, which almost all Muslims I know now have. It says, 'Everything but the Prophet.' That means: we have actually lost everything, we can no longer protect anything, everything is lost to us. But when it comes to our prophet, we would do anything.

In the western world one cannot understand this way of feeling offended about religion. And with us the question arises: Why is there not also an outcry: "It is not in my name that murders are committed?"

Because you get the feeling that if I participate in such an outcry, society gets the impression: Okay, I confirm the European position that a terrorist attack is directly related to my religion.

But you have to say that these terrorist attacks are actually carried out explicitly in the name of a religion.

That is correct, but Muslims do not notice it: it is actually clear that not all Muslims are terrorists, that is what people in the West have to understand. And the West doesn't have to make me apologize for something I don't feel responsible for.

Emmanuel Macron, the French President, gave an interview to Al Jazeera and said that he understands that caricatures can shock one, but it does not justify violence. Did he reach the Muslim world with it?

The reactions I see on social media, including Al Jazeera's comments, show that he has not yet caught on. Although Macron - I watched the interview - actually addressed and corrected a large number of errors and misunderstandings very clearly and distinctly. Al Jazeera had also tried to make the interview somewhat neutral and also to present it positively. Nonetheless, the reactions on the part of Muslims were: 'That is still not enough. We need a clear apology from him, a clear distance from these cartoons. ' As if he were the one who initiated it. 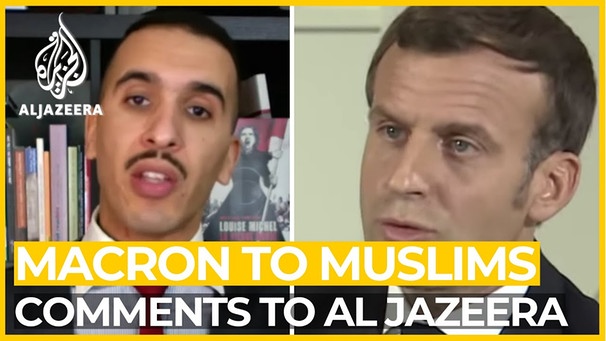 I think Europe is also a little helpless. You can see that Macron is approaching the Arab world. What solutions are there? How do we get into a dialogue to bring two such opposing positions into an understanding?

I think you also have to explain how life is shaped in a country like France or Germany. Theologians say, for example: A country where Muslims cannot practice their religion freely is considered an enemy country, a war territory. This means that if Muslims feel that they are not allowed to wear the headscarf in public, they have to give up this religious symbol because the state obliges them to do so, then they have to perceive this state as a hostile state. We have to talk about that.