A taboo has failed

Failed - The culture of the second chance 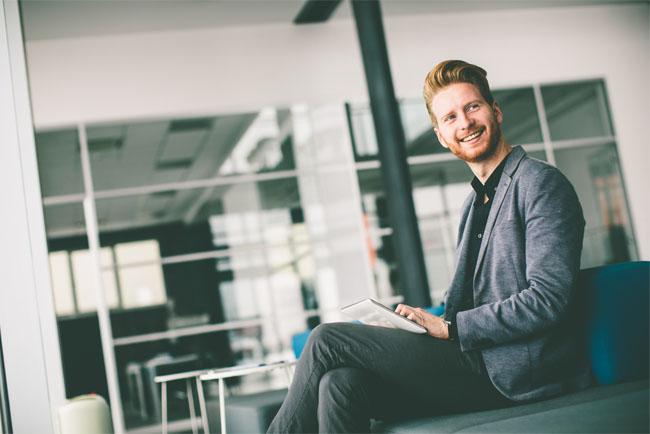 Failed - The culture of the second chance

Getting fired, filing for bankruptcy - being shipwrecked: whoever fails is considered a failure. But failures often pave the way to success. Experts call for a second chance culture.

The worst was the moment when Christian Zech (name changed) had to vacate his job. With his coat collar turned up, he crept into the company building on that cool August morning before the official office hours. He looked down as he scurried down the hallways. To meet someone now, to be asked how he is doing and what he is doing now, he could not have endured. "I was ashamed to the bottom," says the marketing expert. So he hastily gathered his seven things and ran off - like a thief or someone who had otherwise screwed up something bad.

Failure is a social taboo

The 47-year-old had been shipwrecked as a team leader and was fired - the logical consequence after several wrong decisions, projects that were hit the wall, constant friction with his superiors. "I was mercilessly overwhelmed," he says. He couldn't lead people, lost sight of what was feasible. And cursed the sandwich position he was in: after being under boss, having to report upstairs. He didn't do justice to both roles. It only became clear to him in retrospect why he took the job in the first place: "When I was brought into the game as a team leader, I felt upset. It spurred my ambition to outdo the other candidates."

I failed in my job - such frank statements are rare: failure is still a taboo in our society and the business world, says the Viennese management consultant and book author Gerhard Scheucher (see interview). We would be socialized with the claim: there will be no failure! And when it happens, keep silent about it, rather point your finger at the other "losers", where the failure became public. Mockery is then poured out over these failures. They would be pilloried and downright ostracized.

Even successful people have often failed

A perfidious and hypocritical game. And a behavior that fails to recognize the following fact: that even those people who are successful rarely have a dead straight career behind them, says sociologist Beate Schulze. It is more likely that the successful have benefited from redundancies or failed projects and emerged stronger from them. There are many well-known examples of the fact that major failures and several attempts are often necessary for success. It took Henry Ford three attempts before he was able to found the Ford Motor Company. And the founder of Kentucky Fried Chicken had previously bankrupted two companies.

However, experts warn against supposedly simple solutions according to the motto: "This is how you make profit from your defeat". Failure often brings people to the brink of ruin, financially but also psychologically. Some guidebooks and the fact that failure is almost hyped up to be a lifestyle question seem quite cynical. And ultimately, failure is also something individual. What one sees as a personal catastrophe is for the other an attempt that just went wrong - what the heck. It is a question of how you look at it, the accompanying circumstances and the effects.

If the corporate management of a US company decides to lay off 200 employees in Switzerland and you are among those who have been sacked, you have not done anything wrong personally, but you still have to deal with the defeat. "Unemployment is often a socially accepted failure," says Gerhard Scheucher. If, on the other hand, a small business owner has to file for bankruptcy and fire his people, he is more likely to be labeled a failure and bombarded with accusations. Even if he has shown entrepreneurial courage with his start-up and is now faced with the ruins of his lifelong dream.

After the termination, Christian Zech refused to research the causes for a long time. He was hurt and angry and sought the faults in others. Gradually, however, he realized why he was losing his job - and that he was responsible for it himself. For a year and a half he has been working as a marketing employee in another company. He likes it very much. From his "team leader episode" he learned two things: First, that ego and vanity are bad career guides. On the other hand, that there is no point in trying to hide a belly landing. Of course, he was asked in the interview whether he no longer had any ambitions to take on a management position. His answer: "Definitely no. I've tried and found that I don't like it and that I can't". There were no more questions on this point.

Interview with Gerhard Scheucher, management consultant and book author, Vienna: "Falling down to get up again"