Is war essential to human evolution 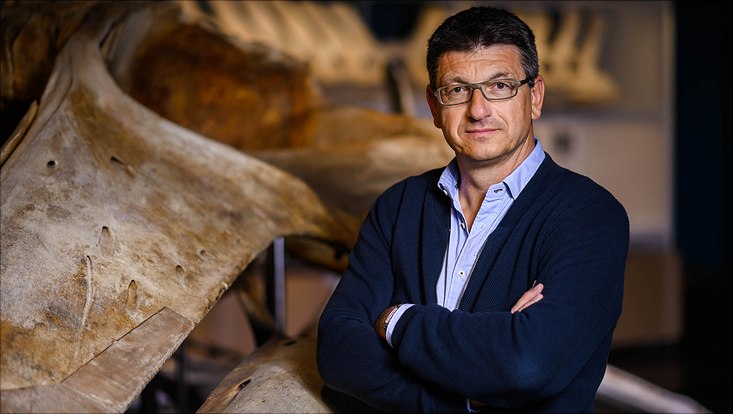 Elaborate protective measures for so-called flagship species hide the dramatic extent of the global species crisis, says the zoologist and director of the Center for Natural History at the University of Hamburg, Prof. Dr. Matthias Glaubrecht.

Animal and plant species are becoming extinct at an unprecedented rate. The extent of the extinction of species also endangers human survival, says Prof. Dr. Matthias Glaubrecht from the University of Hamburg. In his book "The End of Evolution" the evolutionary biologist analyzes the causes and possible consequences of mass extinction.

Mr. Glaubrecht, where is the species extinction taking place: Far away or also here with us?

The biodiversity crisis, i.e. the crisis of biological diversity, has now affected all animal species, all habitats and all continents. For about thirty years it has become more and more evident; During this time, for example, we have lost around three quarters of the biomass from insects in Germany. Insects are food for many bird species, in which we are also recording a dramatic decline of around a third to half of the populations - in Germany, Europe and recently also in North America. The populations of farmland and meadow birds such as partridge and lapwing have plummeted by as much as 90 percent. So it is no longer just about tigers, jaguars or rhinos in the far distance.

International organizations invest a lot of money in protecting them. Do such initiatives give you hope?

On the contrary. Those who focus solely on a few “flagship species” are hiding the true extent of the species crisis. Tigers and pandas will not become extinct because we are preserving them with extensive rescue operations or in zoos. However, they no longer play a role in their natural habitats, and the ecosystems are atrophy. But that has consequences - only we have not yet overlooked these consequences.

You are a zoologist, professor of animal biodiversity. Nevertheless, the question briefly: What about the plant world?

Even if there are an estimated eight million species, far more animal than plant species, the situation is equally dramatic when it comes to animals and plants. The populations of many plants are also disappearing right on our doorstep - just think of the many wild herbs that can no longer find a place in our over-fertilized and cleared agricultural landscapes.

Your book is called "The End of Evolution". Do you really believe that we are near the end of any evolution of life on earth?

The title is admittedly a bit pointed. As long as two reproductive creatures still exist on this earth, evolution will take place. But it is also a fact: the end has come for many species. It took millions of years for species such as the pigeon or Tasmanian pouch-wolf, lobster or Galapagos flycatcher to develop. Now they are gone, irretrievably. Even if humanity were to change course, we will never get these species back. The mass extinction cuts an enormous number of such biological lines of development that arose together with man and whose evolution he is now ending.

What are the causes?

Above all, animal and plant species are endangered because we humans destroy their habitats. We use the land for ourselves, for example to grow food or energy crops; for our cities, industrial areas and traffic routes. And it's an uncomfortable truth: we will soon be even more people on this planet. Almost eight billion people live on earth today; soon it will be nine and then eleven billion. We are already destroying the most important treasure troves of biodiversity for our nutrition, plundering and clearing, for example, the tropical rainforests, from the Amazon to New Guinea. We hardly understand what this means for our planet. To feed another three billion people, we will sacrifice even more nature.

Thinking like this is short-sighted. We cannot survive without intact nature and we cannot feed it. Even areas used by humans cannot produce any income without insects or without the activities of microorganisms in the soil. Very few people are aware of the extent to which we are dependent on nature - from bread to bananas, from coffee in the morning to wine or beer in the evening.

This is a terrifying scenario.

Yes indeed. In addition, humanity will not disappear peacefully. I fear that there will be conflicts over distribution, great migration movements, chaos, wars and diseases.

Exploiting our environment and then moving on is deeply rooted in human nature. We must overcome this behavior with the power of our minds in the next ten, twenty or at most thirty years. We need a fundamentally different relationship with nature, and we need to protect much, much more land, possibly 50 percent of the earth. I think it's possible - but I wouldn't bet on it.

Prof. Dr. Matthias Glaubrecht is Professor of Animal Biodiversity and Director of the Center for Natural History at the University of Hamburg. CeNak is one of the major centers for biodiversity and evolution research in Germany. Together with the Alexander König Zoological Research Museum in Bonn, it will in future form a Leibniz Institute for the analysis of biodiversity change.