Who authorized to send our garbage to China?

Plastic waste is probably the type of waste that receives the most media attention in our time.

Much of the discussion about quantities, pollution, recycling, import and export of waste revolves around plastics.

Thanks to their many useful properties, it is practically impossible to imagine everyday life without plastics.

In relation to the total amount of waste, the amount of plastic waste is rather low, but steadily and growing worldwide.

Properties that are desirable in use make the mismanagement of old plastic particularly problematic for the environment and health.

In order to understand how illegal activities have recently developed in this context and to identify actors and effective countermeasures, INTERPOL published an extensive study in August 2020.

For a long time, China was the main buyer of plastic waste from around the world.

Since the early 1990s, China has imported almost half of all global plastic waste. 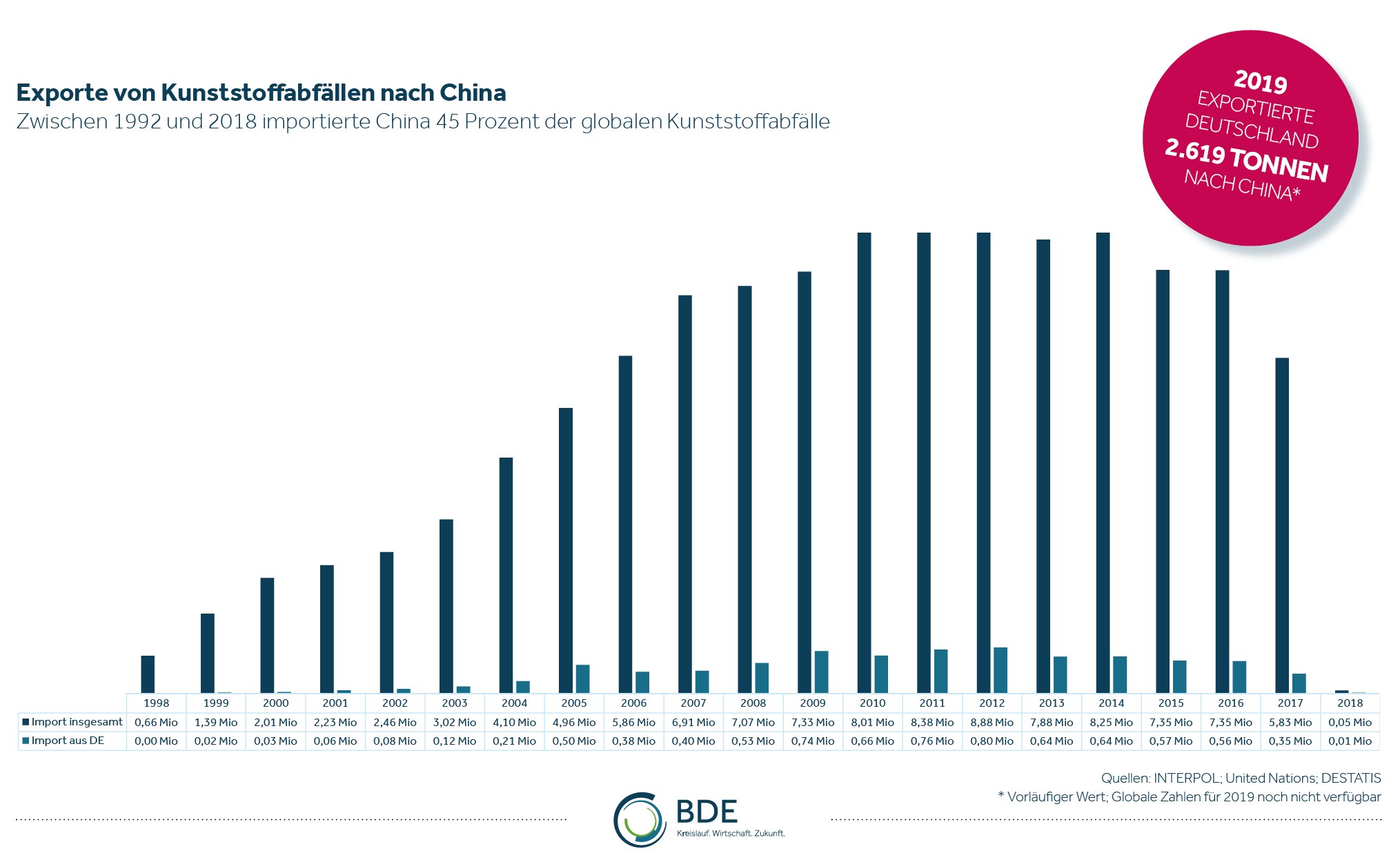 When the import restrictions (also) for old plastics came into force, it became clear in 2018 how dependent the global market had been on China's recycling sector.

Key trends from the report

In 2019, 1,095 containers with plastic waste were imported to Indonesia and checked. 433 or 45 percent of these were incorrectly declared and repatriation to the exporting country was initiated.

In the wake of the Chinese export restriction, Malaysia suddenly became the main destination for plastic waste from all over the world.

As a first measure, imports of plastic waste were therefore banned between July and October 2018.

As a further measure, Malaysia began in the last quarter of 2019 to send 150 containers with around 4,000 tons of plastic waste back to their countries of origin.

In connection with the illegal plastic waste exports to Malaysia, French authorities imposed a record fine of 192,000 euros on the responsible trader.

At the same time, major French commercial waste producers announced that they would be stepping up monitoring of disposal and ensuring compliance with environmental standards.

The INTERPOL report contains in detail the relevant problems related to the illegal import and export of plastic waste.

To present the entire results of the 61 pages at this point would go beyond the scope here, but a look inside is definitely worthwhile for anyone interested in the topic.

As an association, we see ourselves fully confirmed by the report in the points that we have already put forward for a long time: