Where were Fibonacci series used? 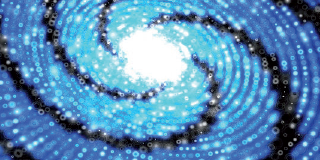 The term Fibonacci has certainly heard of numerous investors and traders. The golden ratio and the classic Fibonacci retracements available in many chart programs are often associated with this. But what is this mathematical discovery all about? Can you actually use it in everyday trading or even use it profitably? The following series on Fibonacci is dedicated to these and other questions on the subject. Look forward to an exciting journey of discovery across the field of Fibonacci relations and their numerous possible applications.

How it all began: In his famous book "Liper Abacci" (in German: Book of Calculations) published in 1202, the mathematician Leonardo Fibonacci da Pisa (~ 1180 to ~ 1240) documented a mathematical achievement that was unparalleled.

On his numerous trade trips to Algeria, Egypt, Syria, Greece, Sicily and Provence, the Pisa native got to know all the calculation methods known at the time. He then succeeded in replacing the previously common Latin number system with the familiar decimal system. This novel number system is also known as the Hindu-Arabic number system. Since it replaced the previous Latin number system with the introduction of the zero, it revolutionized the calculation methods that were valid up to now. The previously used Latin number system had a huge disadvantage: It only allowed calculations that had to be carried out with the help of a calculation board. In this context, it is hardly surprising that this revolutionary mathematical discovery by Leonardo Fibonacci da Pisa had a great influence on further scientific development, for example in mathematics, accounting and various related numerical sciences such as technology, physics or astronomy.

Who was Leonardo Fibonacci da Pisa?

Without digressing too far into the world of history, the look at the personality of Leonardo Fibonacci da Pisa is worth a short detour. For decades he devoted himself primarily to the study of mathematics and geometry. Most of his approaches were based on the assumption that natural cycles develop in constant proportions. These ratios, which occur more or less everywhere, can be represented by the numerical sequences developed by Leonardo himself and, as we will learn later, in particular by their specific ratio values, and can be found as a recurring pattern everywhere in the microcosm and in the macrocosm of our world. The following paragraph provides an insight into the diversity of these patterns.

Follow this informative and entertaining webinar in which trader Stephan Arnold skilfully explains the relationship between numbers and nature in relation to trading.

Fibonacci - more than one building block in the world

The Fibonacci numbers and ratios can be found from large to small. It is therefore not surprising that Fibonacci can be found as a generic term in almost all areas of the world: starting with the cosmic nebulae, the galaxies and their spiral structure (Fig. 1), through to the bees' blueprint. But to give you a few more everyday examples, move your gaze from art and architecture to music. Let him then wander from astronomy to certain branches of physics and nature in order to finally discover the relationship between Fibonacci and the golden ratio in humans. The golden ratio proves to be the decisive basis of all these examples. The golden ratio describes a certain ratio of two numbers - which usually indicate the length of the route - which is often understood as the ideal proportion and the epitome of aesthetics and harmony. But it is precisely the mathematical properties that characterize this phenomenon. 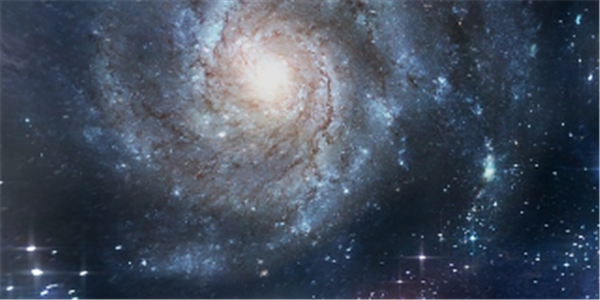 To picture 1: Even far away from our earthly world, the forms known as "golden spirals" can be found again. The well-known Nautilus bowl serves as a terrestrial counterpart.

To the golden ratio

This is related to the Fibonacci sequence and can be derived from the following formula (Binet's formula):

In the following we would like to show you some examples of the enormous importance of the golden ratio in different areas: 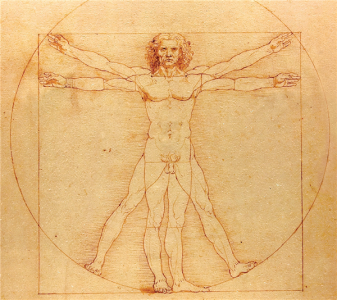 To picture 2: This picture shows how the human body fits into a square or cube. The square and the circle meet at the feet, with the distance from the navel to the tailbone being exactly half the distance between the highest point of the head and the outer edge of the circle. If you move the center of the circle from the navel to the tailbone, you get the picture of the phi ratio again.

Human behavior plays a special role here - and this is where we come full circle for use in the financial markets. With a view to the ever faster and more volatile markets, investor behavior in particular is probably the only constant in the cosmos of dynamic numbers. Nature, or rather the laws of nature, consequently also contemplate the matter of stock exchanges and capital.

In the first part of our series, we looked at the basics of Fibonacci. Assuming that the origin of every market movement can be traced back to a scientific basis, one can use this technique to develop an understanding of the markets and investor behavior - because both have always been influenced by human emotions such as fear and greed. But how can this knowledge be applied in practice? We will come to this in the next articles in our series, where we will delve deeper into the Fibonacci world.

Info: For practical teaching and the Fibonacci number series

In the work “Liper Abacci” mentioned at the beginning, the widely known question about the rabbit population was asked. Strictly speaking, it read as follows: "How many pairs of rabbits can be raised from a single pair of rabbits in an enclosed space in a single year, if each pair gives birth to a new pair every month, beginning in the second month of life?" remains constant at 1 in the first two months, because logically every couple needs a month to become fertile and then to produce another couple every month. As a solution to this question (picture 3) the popular Fibonacci number series was created: 1, 1, 2, 3, 5, 8, 13, 21, 34, 55, 89, 144, 233 and so on up to infinity regardless of the question. The mathematical formula for this is:

The Fibonacci number series is thus defined by an infinite sequence of numbers in which each number is the sum of the two previous ones. What is known about this series of numbers, however, is not the absolute result, but the proportionality of the numbers to one another. 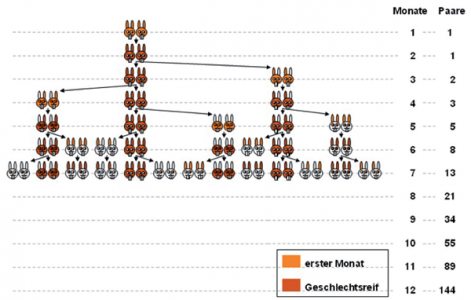 To picture 3: After a year the owner will have 144 pairs of rabbits. If you look at the number series of the pairs of hares you can see that it forms the Fibonacci series. 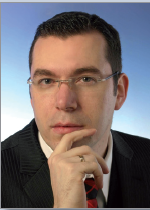 Christian Kämmerer, Certified Financial Technician (CFTe) and Deputy Regional Group Manager at VTAD e.V. in Munich has been working in the field of technical analysis for many years