How is adjustment disorder diagnosed

In life we ​​are constantly confronted with disturbing, embarrassing, frightening and sometimes extremely sad situations. People with adjustment disorder respond to lovesickness, divorce, job problems, and other stressful events strong emotional vulnerabilitywhich partly also expresses itself physically. They no longer adapt to the prevailing social norms and therefore stand out. So you have to expect difficulties in everyday life.

Few people who experience these problems see a doctor. Statistical surveys on this clinical picture are therefore imprecise. The disease occurs in every age group and under all genders. Since women tend to confide in their doctor more often, they also appear more frequently in the statistics.

How does an adjustment disorder come about?

An adjustment disorder arises when a previous Conflict seems unsolvable. This can be constant stress at work, the loss of a loved one, or the diagnosis of a serious illness.

The disorder develops when the person concerned does not have sufficient resources to deal with the ward off negative influences. We all have to deal with strokes of fate, but not everyone develops an adjustment disorder from it. The clinical picture only arises when the social conditions create a breeding ground.

For some people, the anxiety-inducing situations lead to one mental imbalancethat seems to throw them off course. They suffer from it for months, sometimes even years, and are shunned by their relatives, colleagues and friends. The social exclusion increases stress.

The multiple symptoms of adjustment disorder

The disease is relatively easy to diagnose because it manifests itself through emotional impairments that were not an issue before the event. Still, theirs are Symptoms varied.

They occur shortly after a drastic event such as separation, accident or death and range from

People with adjustment disorder are always very tense, often angry and have pronounced anxiety. Often they have Painalthough organically there is nothing wrong with them. You are quickly exhausted and have behavioral problems, show for example unusual aggressiveness.

Family members should pay more attention to psychosocial changes after a stroke of fate, because those affected hardly notice the changes in their behavior. If the changes in behavior last longer than 5 to 6 weeks, medical help is necessary.

Similarities to other mental illnesses

Although adjustment disorder is associated with periods of depression, it should not be confused with depression. There are also similarities with that post traumatic stress disorder, but the clinical picture is also differentiated from this.

With an adjustment disorder, those affected often complain of functional disorders in the spine, gastrointestinal tract and cardiovascular system. Without any real findings, the symptoms almost always occur together. Even if these physical complaints are present, although organically everything is in order, the adjustment disorder is not a somatoform disorder.

Since the disease presents with a variety of symptoms, these are treated individually. Even with psychological stress, it can make sense to carry out organic examinations in order to rule out other diseases. In general, the therapy aims at the Reduce the severity of symptoms or eliminate it entirely. In the case of depressive symptoms, sport, exercise in the fresh air and the activation of social life have proven effective.

Problem-solving strategies can help you deal better with the triggers. This also prevents extremely critical situations such as suicidal thoughts. Next Relaxation techniques such as autogenic training and progressive muscle relaxation, psychotherapeutic measures are useful.

Therapy can stationary or take place on an outpatient basis. Inpatient psychotherapy has the advantage that the patient has many different therapy options available in a fixed period of time. He also gains the necessary distance from the triggering event in a special clinic.

If the symptoms are particularly severe, medication can be administered temporarily. But that also applies to the administration of medication Main focus on psychotherapy.

Rehabilitation measures after acute treatment are intended to stabilize the state of health that has been achieved and to reintegrate the sick socially. Rehabilitation measures in the inpatient area make sense and have a good prognosis, since the patients usually led a completely normal life before the symptoms appeared. This can be reactivated with the appropriate specialist knowledge.

In psychiatric and psychosomatic specialist clinics there is a multifaceted range of therapiesthat is just as effective in coping with anxiety as it is in the treatment of depression.

As a rule, the German Pension Insurance pays the costs for a rehabilitation measure in the event of an adjustment disorder. it lasts five weeks on average and can be extended if necessary and useful. 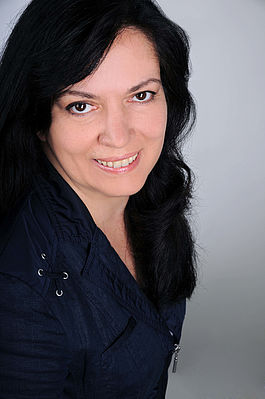