What is the best food in Guwahati 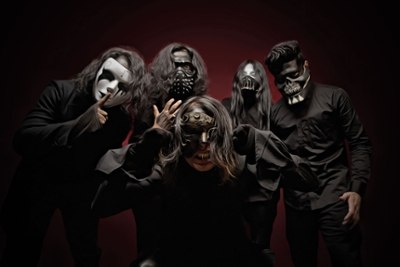 If we can't go on vacation, we can at least travel around the world musically. That's why we're talking to ARGOYA from India today, who take us a little with them on their travels. Singer Rain, drummer Rui, and guitarists Deadnoxx and Mr. G answer our questions.

I can still find India on the world map, but where exactly are you from?
Rain: We come from Guwahati, the capital of Assam, a state in the northeastern part of India. Guwahati is a kaleidoscope of life and emotions, it is very different from other places in Germany or Europe. It's a hectic and chaotic city life, full of cultural diversity, with people of different religions and communities from other states living together. There is a wide variety of food here, from cheap street food to fancy restaurants. However, during the monsoon season, Guwahati is prone to flooding and power outages, there are often congestion on the narrow streets that have never been adapted to the city's rapid expansion, and poor waste management. These are the things that need improvement.

How is the local scene? Are there many bands and opportunities to perform?
Mr. G: The local music scene here is quite diverse, from mainstream Bollywood to Indian classical music, from hip hop to regional folk music, you get the best of everything. However, hard rock and heavy metal are still a niche market aimed at a select group of fans and are pretty underground here. While there are a lot of good bands in the area, the options are still pretty slim as there are few gigs, venues and audiences.

Is alternative music widely accepted where you're from? Which prejudices did you have to overcome and where do you get your influences from?
Rain: The Indian music industry is dominated by Bollywood and hip hop. But over the past decade, with the internet, especially social media and streaming services, various genres of music have grown in popularity here. Alternative music is still growing slowly, but it is on the right track. The prejudice we often face as local musicians is that we are never considered good enough unless we make a name for ourselves internationally, only then will we be valued locally. We take inspiration from international bands like RAMMSTEIN, DEPECHE MODE, IN FLAMES, LORD OF THE LOST, GHOST, WITHIN TEMPTATION, U2 and so on, to name a few.

If I were to visit your hometown, what places would you recommend me to visit? And where could I go to see cool bands?
Mr. G: You are very welcome in Guwahati! If you're feeling adventurous, we'd recommend visiting Kaziranga National Park, a UNESCO World Heritage Site, and the Manas Wildlife Sanctuary, home to endangered unicorned rhinos, wild elephants, and tiger sanctuary. For notable music festivals, you have to come to Fireball - the largest rock festival in northeast India! Or you can have a few beers at Urban Mantra and Cafe Hendrix and watch cool local bands. Bottom up!