Criticism of artificial turf: How harmful are the environment and what alternatives are there?

Radiant green and new: That's a lot of artificial turf pitches. Smaller clubs in the regional leagues in particular have provided their sports fields with new artificial turf. So with top quality microplastic surfaces. That has now called the EU on the scene. 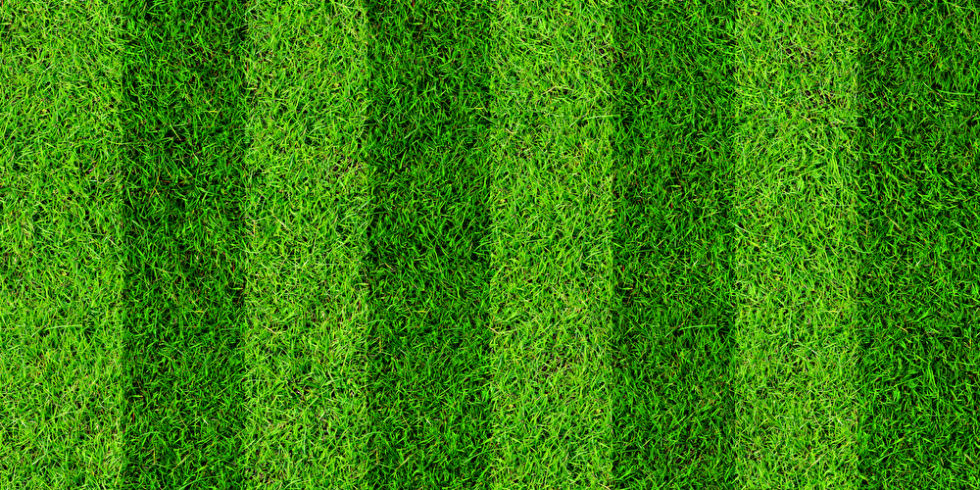 Artificial turf pitches should no longer be plastic slingshots.

On artificial turf pitches, artificial granules are sprinkled between the plastic straws as an infill. This ensures that the space springs well. Footballers slide less and the risk of injury decreases. Good news for the players and clubs, but what about the environment?

Criticism is loud because plastic granulate does not stay on the field, but very well ends up in the environment. For example, when the players leave the pitch with their football boots on or when clearing snow in the winter months. Plastic particles are scraped off with and disposed of elsewhere. In addition, the spaces must be regularly replenished with the granulate. Even if that only happens every 2 years: The environmental impact is there. However, the extent to which artificial turf pitches are harmful is controversial.

A study by the Fraunhofer Institute for Environmental, Safety and Energy Technology from 2018 named sports facilities as one of the biggest microplastic sins in Germany. The Fraunhofer Institute was then exposed to massive criticism. The calculation of the amount of granulate that has to be refilled was attacked. A discussion about whether artificial turf pitches are permanently damaging to the environment was sparked. After the clear criticism, the Fraunhofer Institute put the study on the formation of microplastics from artificial turf pitches into perspective. The scientists want to start a new study that includes industry and municipalities.

Plastic does not degrade in nature, so it can last for more than 500 years. Animals often mistake the fine plastics for food, so that microplastics have now also found their way into food fish, which in turn ends up on our plates.

Ban on granules is being examined by the EU

The issue of artificial turf has brought the EU authorities to the scene. For environmental reasons, a ban or the degradation of the granulate is being examined. The European Chemicals Agency (ECHA) is currently conducting a public consultation on the effects of restricting the use of granules. The goal: from 2022, grit is to be banned.

This is particularly unsettling for smaller regional clubs. It is even life-threatening for those who have just got a new artificial turf pitch. Many sports facilities fear bankruptcy. According to the German Football Association (DFB), 6,000 artificial turf pitches would be affected. The EU has already given the all-clear: A general closure of the places is not planned.

In Solingen, the Höher Heide II sports field in Höhscheid was recently renovated. Here, too, artificial turf was laid - but without tipping granules between the stalks. Instead, sand was used. This is also the preferred variant of the EU. The new lawn should already dampen well; According to the city's sports department, the sand ensures the stalks are in good condition. So alternatives are quite possible. As part of the sustainability strategy of the city of Solingen, 12 places are to be converted in an environmentally friendly manner over the next 6 years.

Microplastics are one of the greatest environmental problems in our world. Whether in the Arctic, in the deep sea or distributed by the winds: Researchers find micro- and millimeter-sized particles of plastic everywhere. So far, football is not necessarily known for sustainability and environmental awareness - neither with players nor with the DFB. However, something can change here thanks to the EU authorities.

What does an artificial turf cost?

Completely re-laying artificial turf costs. And not just a little. A soccer field measuring 90 meters by 60 meters costs between 420,000 and 550,000 euros. This amount is even more composed when the artificial turf is filled with granules. The price varies, of course, depending on the quality of the lawn.

Without a corresponding granulate filling, the artificial turf pitch is of course cheaper - and more environmentally friendly. However, the technical characteristics are missing. Artificial grass is less slippery than natural grass. Athletes can perform better and are less likely to get injured. But playing plastic is a chemical pleasure. That should be clear to everyone.

A natural turf, on the other hand, devours “only” 210,000 euros in construction costs, according to the sports facility calculator. However, when it comes to annual maintenance, the lawn is more expensive. Sports facilities have to calculate with 25,000 euros here. An artificial turf pitch is comparatively cheaper to book at 10,000 euros in terms of maintenance.

Why is artificial turf so popular in sports?

Artificial turf doesn't have to be mowed and it doesn't need water either. There is no need for sprinkler systems on the soccer field and thus also the water costs that a natural lawn devours. Artificial turf is beautiful and playable all year round. For these reasons, sports clubs are enthusiastic about artificial turf.

Cork lawns and hybrid lawns are considered environmentally friendly alternatives to real lawns. Cork lawn is very maintenance-intensive and quickly suffers from mold. The hybrid turf is not ecologically flawless due to the combination of real turf and synthetic fibers.

It is not yet known whether and how the EU will decide. The renovations like in Solingen should serve as an example to prepare for the future of the sports fields in a more environmentally conscious way. Even without granules, top performance can be achieved with certainty.