Death is rampant among Russian officials - is the Deep State waging war against them? 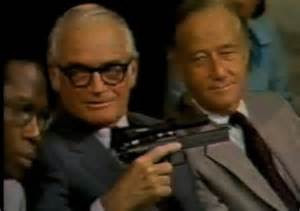 By Tyler Durden for www.ZeroHedge.com on February 27, 2017

1. One may remember the case of Andrei Karlov, the Russian ambassador to Turkey - he was murdered by a police officer on December 19 in Ankara during a photo exhibition.

2. On the same day, another diplomat, Peter Polschikow, died in his Moscow apartment. The gun was found under the bathroom sink and an investigation into the circumstances of his death was initiated. Polschikov was a senior official in the Latin America division of the Ministry of Foreign Affairs.

3. Russia's ambassador to the United Nations, Vitali Churkin, died in New York last week. Churkin was rushed to hospital from his office at the Russian UN Mission. According to initial reports, he had a heart attack and the CBS is currently investigating the exact cause of death.

4. Alexander Kadakin, the Russian ambassador to India, died on January 27th after a "sudden illness" from which he suffered for several weeks, according to The Hindu.

5. The Russian consul in Athens, Andrei Malanin, was found dead in his apartment on January 9th. A Greek police representative said there were "no signs of a break-in". Malanin lived on a strictly secured street. The cause of death has been investigated more closely, according to an AFP report. Malanin served at a time when relations between Greece and Russia were eased, while Greece increasingly criticized the EU and NATO.

6. Ex-KGB chief Oleg Erovinkin, who was accused of helping to compile the Trump dossier, was found dead in the back seat of his car on December 26, according to the Telegraph. Erovinkin was also an assistant to former Deputy Prime Minister Igor Sechin, who now heads the state-owned Rosneft Group.

7. On the morning of the US presidential election, Russian diplomat Sergei Krivov was found unconscious in the Russian consulate in New York, where he died. Initial reports said Krivov fell off the roof and sustained blunt injuries, however Russian officials said he died of a heart attack. BuzzFeed reports that Krivov may have been the consulate's security officer on duty, which includes countering sabotage and espionage.

8. In November 2015, Putin's senior adviser Mikhail Lesin, who also co-founded the media company Russia Today, was found dead in a Washington hotel room, according to the New York Times. The Russian media said it was a "heart attack" but the pathologist said he suffered "injuries from blunt violence". 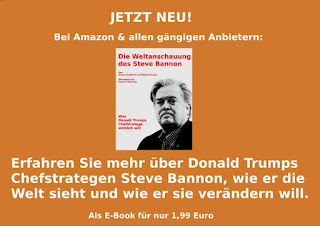 A total of nine Russian officials have died in the past two years, but as Aaron Kesel of WeAreChange.com notes - it could be more.

In this context, Kesel thinks it is noteworthy that governments, especially the CIA, had a very long time to develop chemical substances to completely paralyze a person's nervous system and, in some cases, to explode a person's heart bring.

Former CIA employee Mary Embree explains in a video the infamous heart attack gun and how it was hired to find a chemical that causes a heart attack. The weapon was first made public in 1975 by former CIA director William Colby at a Church committee hearing. Allegedly, it is said to be very deadly and undetectable, which is why a murder looks like a natural death with it, while the poison dissolves within hours.


Since it is very unlikely that six Russian officials will die in such different and mysterious ways in less than 60 days, a common cause should not be ruled out. And it should not be ignored that the RT founder and Putin advisor Mikhaill Lesin died in 2015 of blunt violence and not, as was initially assumed, of a heart attack, which is why a murder, as in all other cases, cannot be ruled out.

Turkey and Russia have also accused NATO of murdering Russian Ambassador Karlov in a false flag operation. NATO also has a casualty in Yves Chandelon, who mysteriously died of a shot in the head in his car the week before Karlow's death. Chandelon was the lead controller for counter-terrorism funding.

On the occasion of Kirov's death it was said:

"Turkey and Russia intend not to be misled by this false flag operation."

Also, don't forget Christmas Day when a Russian military plane crashed over the Black Sea, killing 60 members of the Red Army Choir and 33 other people, which also fits this list of strange coincidences.

Finally, it should be noted that the former interim director of the CIA Michael Morell spoke openly in an interview with Charlie Rose in August 2016 about the "covert" murder of Russians and Iranians in Syria. While Morell talked about murdering Russian and Iranian soldiers, it's definitely a strange set piece that fits all too well into this puzzle.

Are we currently watching a battle between the Deep State and Russia, where spy versus spy is, or is it all just a very strange coincidence?