Which consumer electronics devices use the UDP protocol

Put simply, universal plug and play is a technology that allows devices networked with one another by cable or radio to perform automatic detection, recognize events and communicate with one another accordingly.

The aim of the undertaking is, on the one hand, to spare the user from having to deal too intensively with network technology by making the middle-ware Universal Plug and Play itself all the essential configuration settings. On the other hand, UPnP pursues the goal of basically recording all (remote) controllable devices in a standardized operating menu. UPnP is by no means limited to computers or their peripherals, but claims to include entertainment electronics and home automation devices in equal measure. One example of this is the new, interactive UPnP remote control PC9800i from Philips, which takes over control via infrared (IrDa) and wireless radio (WLAN). 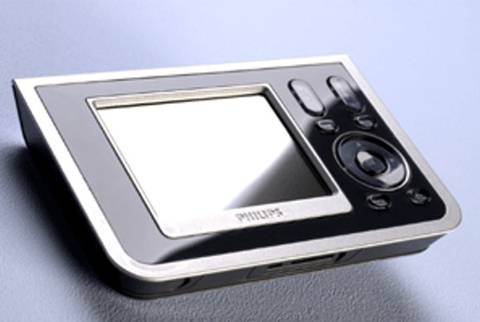 Microsoft's UPnP does not necessarily define APIs (Applications Program Interfaces), but a set of protocols based on existing and announced IETF standards (Internet Engineering Task Force). The current versions of the UPnP specification currently only provide details for IP networks (which requires that all participating devices must support an Internet protocol stack). However, direct IEEE1394 releases are expected to follow in the near future.

Windows XP supports the Universal Plug and Play System with two service processes, the "SSDP Discovery Service" (SSDPDS) and the "Universal Plug and Play Device Host" (UPNPDH). Although both services should only start when needed, the SSDP service starts as soon as Windows XP boots. The SSDPDS service represents the Internet server component that Windows XP opens and exposes it globally on the Internet. The UPNPDH service is only started when required. Its operation depends on the SSDPDS service.

Detailed details on UPnP can be found on the website of the UPnP forum, the manufacturer-independent association to which a total of 727 members belonged at the end of November 2004. Microsoft itself provides detailed information about UPnP: Technical features, for example, can be found on the associated Microsoft website for developers. Intel is also quite active, not least as part of its digital home initiative. There, too, a dedicated UPnP website takes care of the topic. 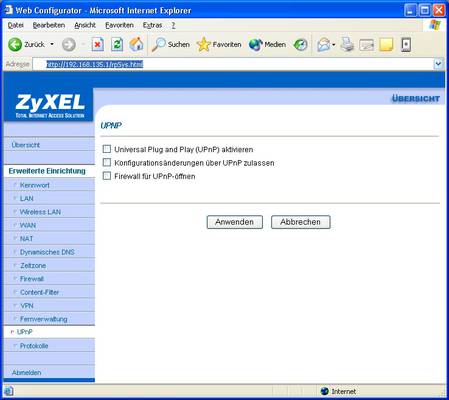